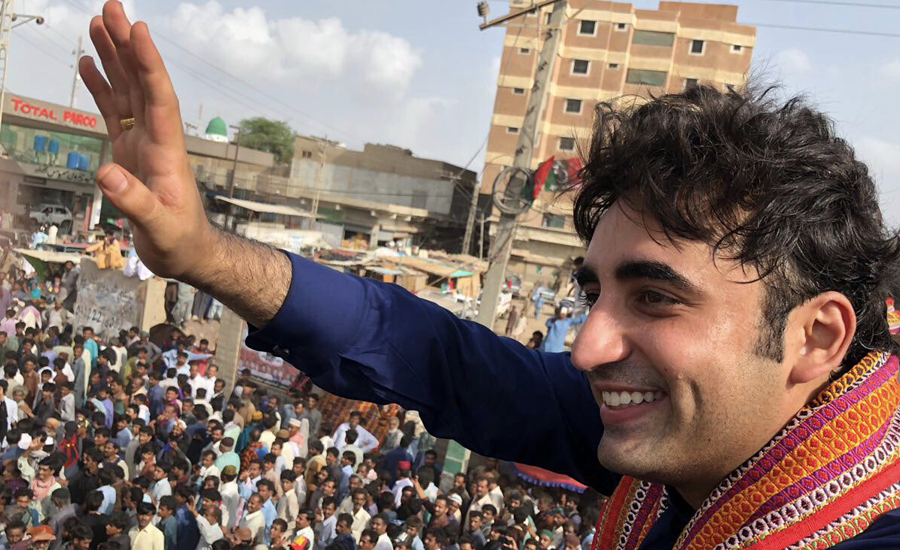 SUJAWAL (92 News) – PPP chairman Bilawal Bhutto has said that he wants to change the destiny of the country and the people should support him. Addressing a gathering on Monday, he said that he would go to each city and village from Karachi to Khyber. Bilawal said that the party manifesto is poor and farmer friendly. “The PPP is the only party that has entered the elections along with a manifesto,” he said. He promised to fulfill his promises as Zulfikar Ali Bhutto and Benazir Bhutto fulfilled his promises. Senator Mustafa Nawaz, spokesman for PPP chairman Bilawal Bhutto Zardari, said that the party chairperson had launched his countrywide campaign from the City of Quaid. He said that the media should not give the impression that the tour would restrict to only Interior Sindh. Earlier, workers accorded him a rousing welcome wherever he stayed. They showered rose petals on him and chanted slogan in favor of the PPP and leaders.