ISLAMABAD (92 News) - In response to the speech and criticism of Foreign Minister (FM) Shah Mehmood Qureshi, Bilawal Bhutto said Qureshi was criticising the party which had made him the foreign minister and the president of the party's Punjab chapter.

"You do not know the member of Multan as much as we know him." Khan sahib you will not understand what he is. I have heard him say 'jiye Bhutto' and 'agli bari, phir Zardari' to protect his ministry," he said.

"When he was the foreign minister during the PPP's government, he used to campaign in the world asking to make him prime minister instead of Yousuf Raza Gilani," he said.

He also questioned his role as foreign minister, holding him responsible for being involved in making alleged deals on Kashmir. "When the United States is withdrawing from Afghanistan, he should be focusing on arranging a phone call with President Joe Biden due to Pakistan's strategic importance. It is a matter of shame that our premier doesn't even get a phone call," he said. 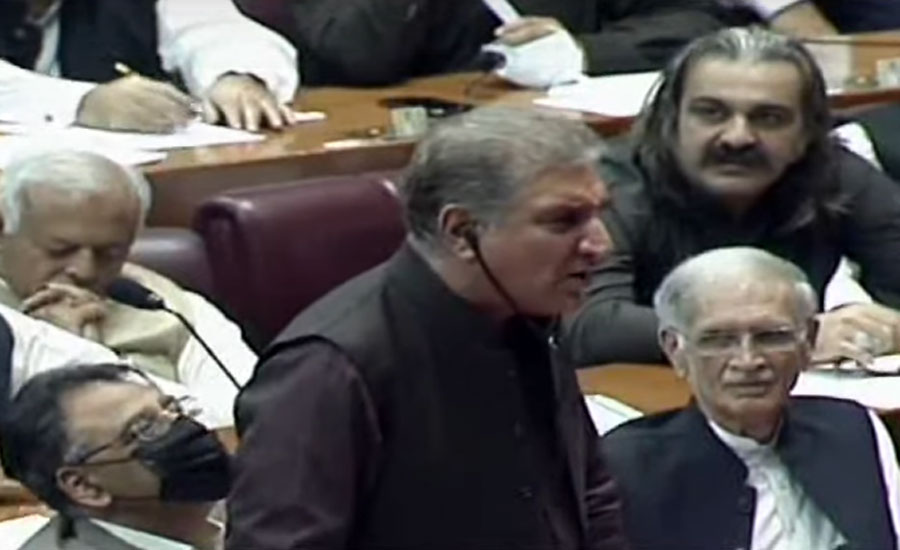 Lashing out at the opposition members, FM Qureshi said that these slogans, ruckus and noise can't suppress us. FM Qureshi and PPP Chairman Bilawal Bhutto confronted with the war of words in the National Assembly session.  "He spoke a lot about [parliamentariy] procedures; I would also like to speak on procedures a bit," said a passionate FM Qureshi after Bilawal and former prime minister Shahid Khaqan Abbasi had spoken.

"Where did he go after making his speech? I want him to return. I would like to ask Bilawal Bhutto to return to his seat; come back to the field and listen to us now," the foreign minister stated.

During a noisy session, after severely condemning the government over the provisions of budget 2021-22, the PPP chairman left the House after his speech but he returned to his seat after a challenge of the foreign minister.  The Opposition benches broke into huge applause when Bilawal Bhutto, with another lawmaker by his side, returned to his seat.

Responding to the Bilawal, Abbasi speeches, Shah Mehmood Qureshi said that Bilawal Bhutto mentions which parliamentary traditions. "In Sindh, the opposition is not even given a chance to speak. Opposition leaders did not appear in the finance bill. 25 members of PML-N disappeared expediently," he added.

Shah Mehmood Qureshi said that he has known Bilawal since he used to stand in the corner and eat windows. "The child grabs a couple of written slips and the child turn on auto and starts speech, the child is upset, it will take some time," he added.

FM Qureshi said that the 172 members have expressed satisfaction on budget 2021-22 by voting in its favor. He further mentioned that the opposition should also respect the vote instead of only raising slogans. "No one can hurt the reputation of NA speaker," he said. 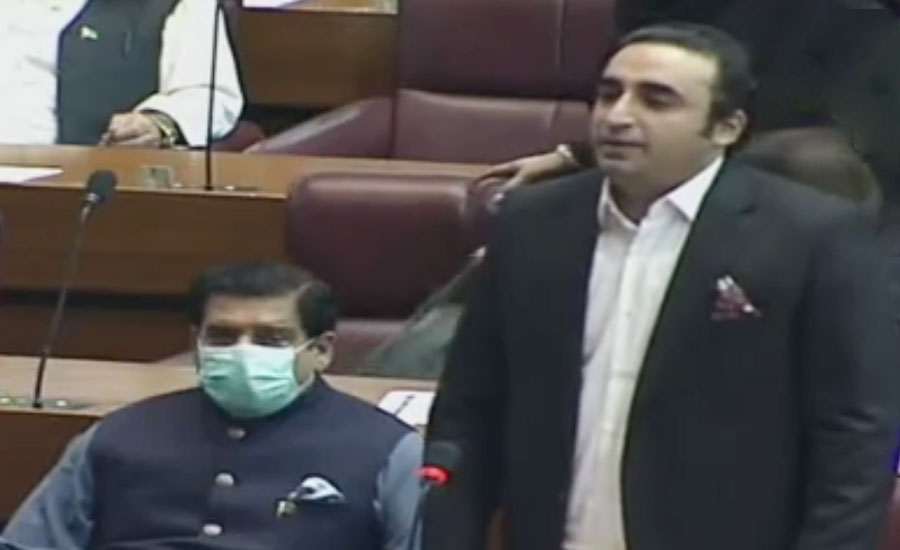 Earlier today during his speech in the Parliament, the PPP chairman lashed out at the government's legislative process, accusing it of rigging. "We think that this budget session has become a source of embarrassment for every Pakistani," he said.

BIlawal Bhutto said if "rigging" had not been carried out yesterday when the finance bill was being approved, the government would not have been able to obtain 172 votes. The Opposition members had more rights than merely reading out their amendments to the bill," he added.

The PPP chairperson accused the speaker of not protecting the rights of the Opposition members, adding that "the whole nation saw that if you did not rig [the parliamentary process] then you wouldn't have received 172 votes".

He said that the budget presented by the federal government will cause economic disaster. "If the government can’t protect our (opposition) votes, how can we expect it to give respect to the votes of the general masses, he added.