Bilawal Bhutto says democracy is in jeopardy in country 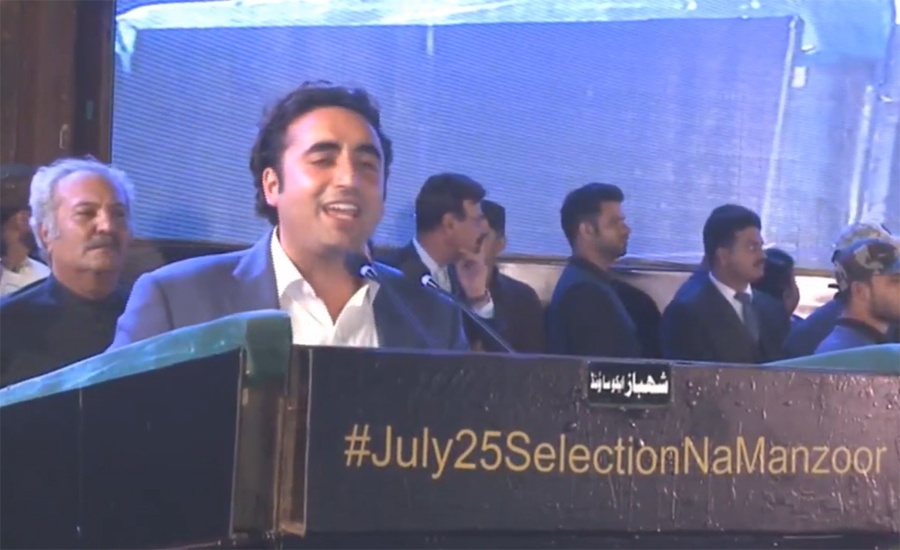 Bilawal Bhutto says democracy is in jeopardy in country

KARACHI (92 News) – PPP chairman Bilawal Bhutto said that the selected government was imposed on the country on July 25. Addressing a big gathering organized by the opposition to observe the black day on Thursday, he said that democracy is in jeopardy in the country. “No single party can find out the solution. We are once again united for the human rights,” he said. “The constitution and journalistic freedom are the target of the government.” Bilawal Bhutto said that the mandate in Karachi was stolen. “The prime minister has no authority to appoint the ministers and prepare the budget. Should I not term such prime minister as ‘select’,” he added. He said that it was the first and last prime minister who has no knowledge of geography and economy. “We do not accept this fraud election and fake government,” he added. The PPP chairman said that his party had formed the 1973 constitution with Mufti Mahmood and other parties. “We signed the historic document of the Charter of Democracy (CoD),” he maintained. He expressed the resolve to get Mir Hasil Bzanjo elected as the Senate chairman. “We are rising against the government,” he added.