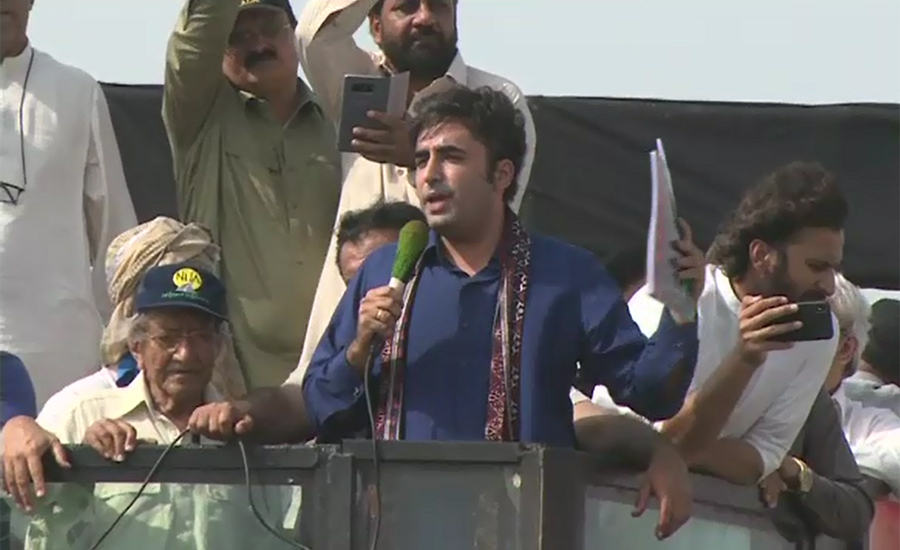 JACOBABAD (92 News) – PPP chairman Bilawal Bhutto said that the people have prove that Bhutto is alive today. Addressing a rally on the last day of the electioneering, he said that July 25 will be the day of victory. “Puppet alliances have been formed against the PPP today as they were formed against Benazir Bhutto,” he said. “The PPP is the only party that serves the masses. Interest-free loans will be issued to poor women so that they could initiate their business,” he said. The PPP chairman said that they will eliminate poverty. “Under the eliminate poverty program, food cards will be given to the masses,” he said. He said that the PPP does the politics of ideas and principles. “Undemocratic forces are threatening our workers on phone,” he said. He asked the people to vote for arrow.