We have to end kingship of Takht-e-Raiwind, says Bilawal Bhutto 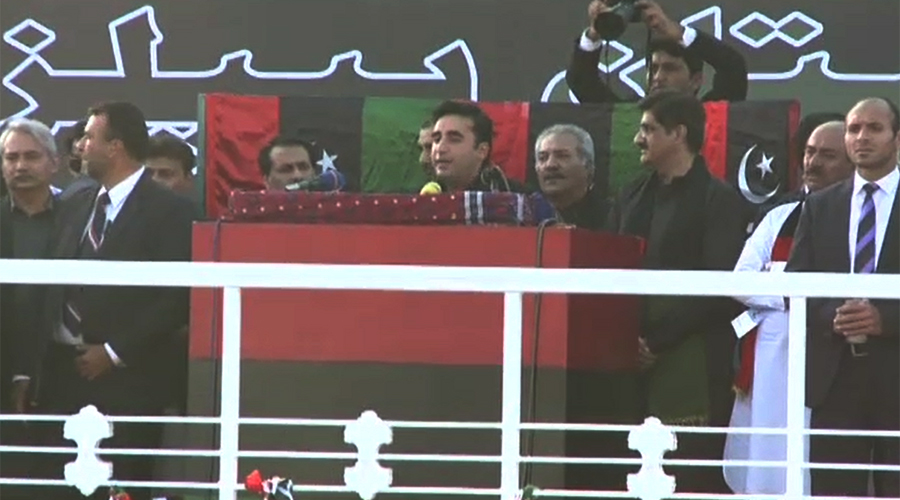 We have to end kingship of Takht-e-Raiwind, says Bilawal Bhutto

GARHI KHUDA BUKHSH (92 News) – PPP chairman Bilawal Bhutto has said that they are preparing for a political long march against the government. Addressing a public meeting on the 9th death anniversary of Benazir Bhutto on Tuesday, he said that ZAB had become eternal after his death, while some alive people are alive dead bodies. He said that the prime minister had facilitators of terrorists in the cabinet. “The interior minister is hurling threats instead of resigning. We cannot remain silent on the threats to national interests,” he said. “Have the problems for which the PPP was formed been resolved?” he said. The PPP chairman said that he would visit across the country to press for the acceptance of their demands. He said that his words about the Quetta commission report had proved true.