Bilawal Bhutto threatens to come on roads if budget approved 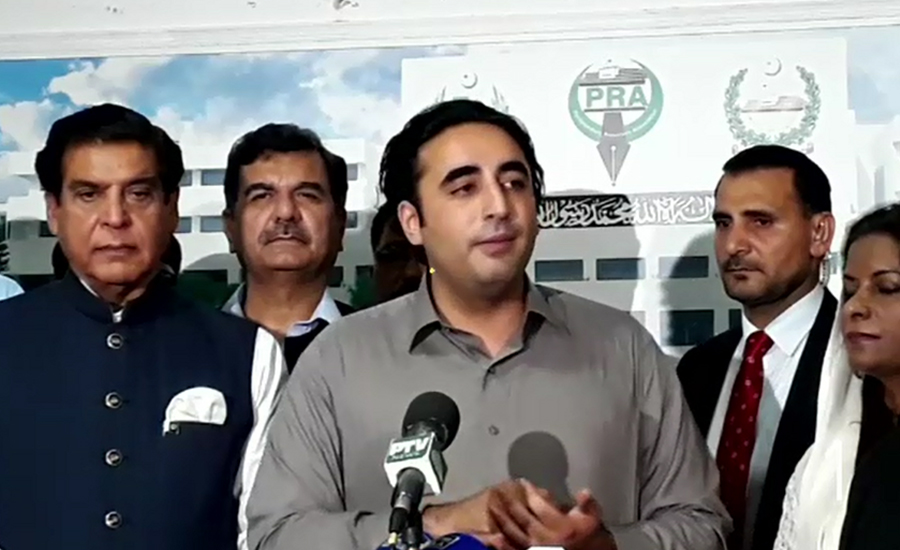 Bilawal Bhutto threatens to come on roads if budget approved

ISLAMABAD (92 News) – PPP chairman Bilawal Bhutto has threatened to come on roads if the budget was approved. Talking to the media outside the National Assembly on Tuesday, he said that the budget was anti-people and his party would oppose it. “Much more taxes were imposed and the country faced worst price-hike,” he said. The PPP chairman said that verdict on the Nandipur power project case was a clear message – either join the PTI and go to jail. He demanded that the Army should not be deployed in the polling stations during the by-election. “The APC will also decide whether to de-seat the Senate chairman or not,” he declared. He said that rights and resources of the provinces are being snatched. “Fehmida Mirza’s criticism of the 18th amendment is an enmity with Sindh,” he added. Bilawal Bhutto said that a single person could not find out solution to the problems. He requested the GDA members not to vote for the budget. “The PPP will fight for the people at each forum,” he maintained.