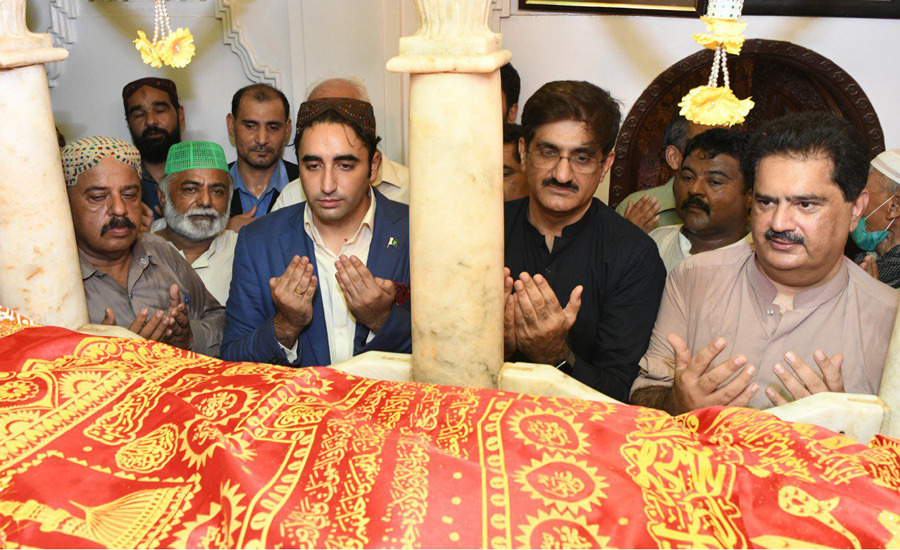 KARACHI (92 News) – PPP chairman Bilawal Bhutto on Saturday visited the shrine of Hazrat Abdullah Shah Ghazi to launch his election campaign. He also laid a ‘chaddar’ on the grave of the saint and offered Fateha. Addressing the workers after inaugurating his main election office in Chakewara in NA-246, Bilawal Bhutto Zardari said that he will resolve the problems of Karachi after winning the elections. He asked the people of Lyari to support him. The PPP chairman also visited the house of people who drowned in Gadani and expressed his sympathies. During his visit in Lyari, he also visited the shrine of Muhammad Shah. Workers chanted slogans in favor of the PPP and Bilawal Bhutto. Sindh former chief minister Syed Murad Ali Shah, Senator Sherry Rahman and Saeed Ghani also accompanied him.