Bilawal says election being conducted in environment of fear 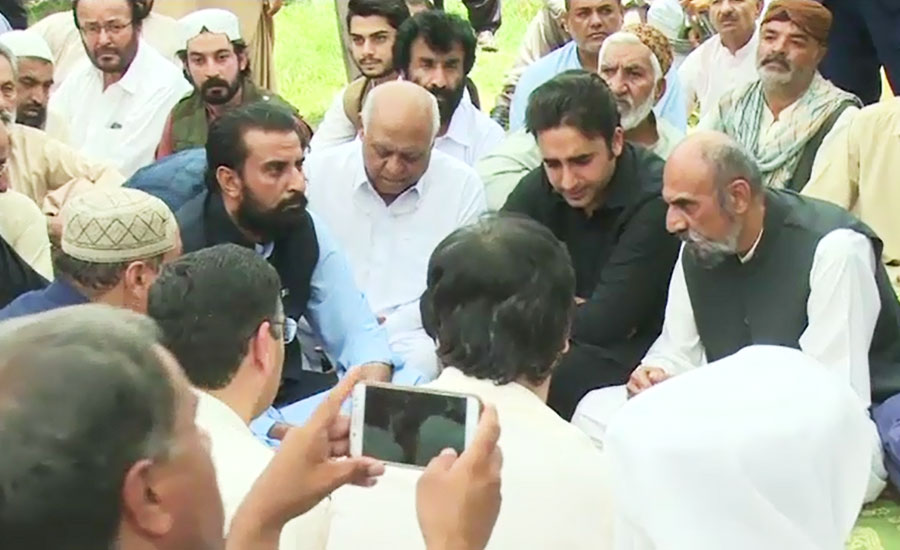 Bilawal says election being conducted in environment of fear

QUETTA (92 News) – Pakistan People's Party (PPP) Chairman Bilawal Bhutto Zardari on Monday visited Sarawan house and met Balochistan Awami Party (BAP) leader martyred Nawab Siraj Raisani's son Jamal Raisani and extended condolences. Talking to journalists after condolence with Siraj's family, he said that he came here to extend condolences to the family of Siraj Raisani so he could not comment on politics. He termed that the security should be given first priority, saying that the July 25 general election are being held in an environment of fear. He vowed that Pakistani nation would defeat terrorists through the public's vote on July 25. More than 100 people were killed after a suicide bomber struck Raisani's election meeting in Darenghar area of Mastung on July 14 in the second most lethal attack in the country's history.