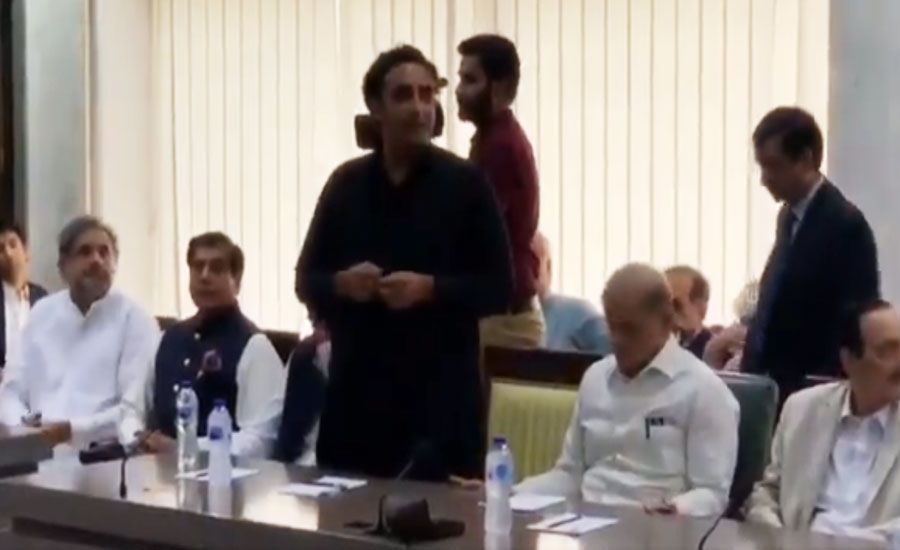 ISLAMABAD 9(2 News) – Pakistan Peoples’ Party (PPP) chairman Bilawal Bhutto-Zardari on Tuesday stated that the government is trying to distract the masses from rising inflation by arresting political opponents in the name of accountability. Talking to the journalists, he said the opposition resorted to protest during Minister of State for Revenue Hammad Azhar’s budget speech in the lower house after realising that masses are being burdened with more taxes. He also announced that they will not accept the anti-people budget. Expressing displeasure over what he described as an ‘anti-people’ budget, the PPP chairman on Tuesday said they would try their best that it does not get passed by the National Assembly. Bilawal said the recent arrests of the elected representatives were made in a bid to divert attention from the ‘anti-people’ budget. “Our first demand was issuance of production orders for PPP co-chairman Asif Ali Zardari and PML-N leader Khawaja Saad Rafiq, but the speaker did not issue production orders in clear violation of democratic norms and traditions,” he said. He said the government hastily presented the budget, adding that the members of the opposition benches were not even given copies of the budget. “We still attended the budget speech and resorted to protest when we realised that people were being burdened with more taxes,” he explained. “We will try our best that this anti-people budget does not get passed [in the National Assembly].” The PPP chairman also took to Twitter to mock Prime Minister Imran Khan over the “PTIMF budget”. “History will record how Imran danced as our economy burns.”

Today the PM of Pakistan danced on the floor of the house as his ministers introduced a PTIMF budget that increases taxes, inflation & unemployment. History will record how Imran danced as our economy burns.

Addressing a press conference hours after the arrest of his father Asif Ali Zardari, the PPP chairman complained that he was not allowed to speak yet again in the National Assembly during today’s session.

“Three of the government members got the chance to speak but I was denied to speak in the house,” he alleged. “I condemn the attitude of the NA speaker and the deputy speaker and demand that they resign from their posts because they are not impartial,” he mentioned.