Bilawal says PPP will not take any anti-democratic step 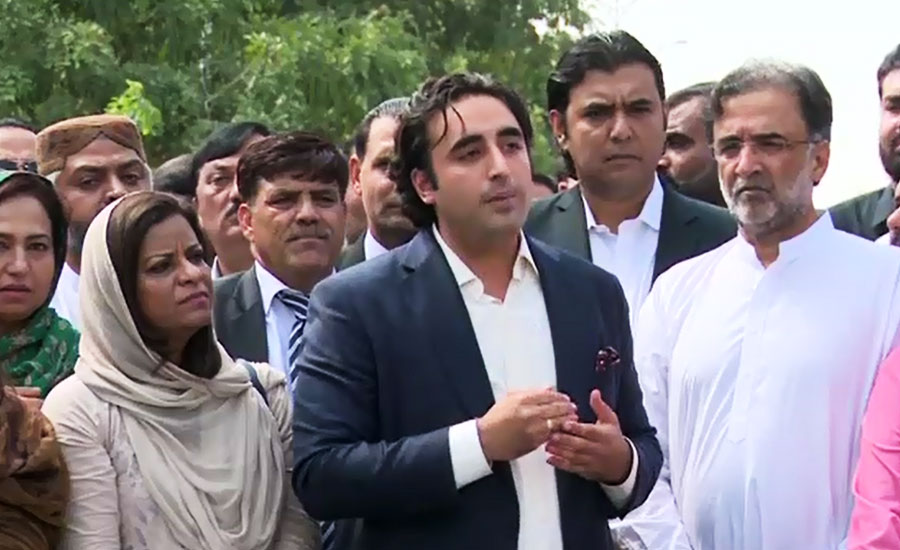 Bilawal says PPP will not take any anti-democratic step

ISLAMABAD (92 News) – Commenting over participation in ‘Azadi March’, Pakistan People’s Party (PPP) Chairman Bilawal Bhutto-Zardari on Friday said that the party will not take any step which would dent the democracy in the country. Speaking to the journalists outside the accountability court, Bilawal mentioned that his political party will support JUI-F chief Maulana Fazlur Rehman on every level except any anti-democratic step. Bilawal said that the top leadership of PPP will make a final decision regarding the support to JUI-F led march, adding that party meeting has been summoned about the decision of party’s participation in ‘Azadi March’. Lashing out at the incumbent government, the PPP chairman said that the opposition parties have no other option except to take to streets and no power can stop People’s Party if it comes out to the ground. “We will support the JUI-F’s chief in a democratic system while we are also contacting other opposition parties as well,” Bilawal said. While criticising the ongoing accountability process, Bilawal claimed that only one reference was filed after spending a year while no evidences were provided so far. He alleged that PPP is being pressurised by the imposition of baseless allegations.

A day earlier, JUI-F chief Maulana Fazlur Rahman has announced to hold anti-government protest as ‘Azadi March’ towards Islamabad on October 27. Addressing a press conference on Thursday, the JUI-F chief said that the JUI-F will stage sit-in at D-Chowk in Islamabad on October 27, adding that the present government was formed as a result of rigging. The JUI-F chief said that all opposition parties had agreed on the above and had called for fresh elections. “We will gather at D-Chowk,” he said, adding, “We are not ones to disperse easily.” “The country is under economic crisis due to the government’s incompetency,” Maulana Fazlur Rehman said. He maintained that the party will begin its ‘Azadi march’ on October 27 towards Islamabad. “All caravans will reach Islamabad across the country. We will express solidarity with the Indian Occupied Kashmir (IoK).”