Bill Cosby ordered to give deposition in sexual abuse lawsuit 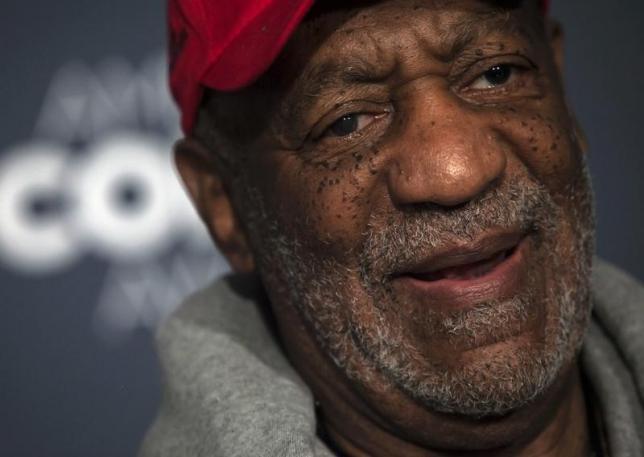 Bill Cosby ordered to give deposition in sexual abuse lawsuit

LOS ANGELES - Bill Cosby has been ordered to give a sworn deposition in a lawsuit brought by a woman accusing the comedian of plying her with alcohol and sexually abusing her at the Playboy Mansion in Los Angeles when she was 15 years old. It marks the first time Cosby, 78, has been directed to testify under oath in response to a complaint of sexual misconduct against him since a deposition he gave in a separate Pennsylvania case he settled out of court nine years ago. The latest order, made public on Wednesday, a day after a Los Angeles Superior Court judge entered it, requires Cosby to submit under oath to questions from the lawyer of his Los Angeles accuser, Judy Huth, on Oct. 9. Now in her 50s, Huth must likewise answer questions from his attorneys on Oct. 15. Huth gained somewhat of a tactical advantage from the judge's decision compelling Cosby to go first. The precise times and places were not revealed, but Huth's lawyer, Gloria Allred, has said she expects to depose Cosby in Massachusetts, where he resides. The way for the depositions, a key part of the discovery process in civil litigation, was cleared when the California Supreme Court last month denied Cosby's petition to review the case, dealing a final blow to his efforts to fend off Huth's lawsuit. Her complaint, brought in December 2014, charged that Cosby sexually abused her by putting his hand down her pants and then "taking her hand in his hand and performing a sex act on himself without her consent." Huth alleged the encounter occurred days after she and a female friend met Cosby at a park where he was filming a movie. According to her account, Cosby invited the girls the following weekend to his tennis club, where they all had drinks together before he led them on to the Playboy Mansion. Cosby's attorney Martin Singer has called Huth's allegations false and "defamatory". Huth is one of more than 40 women who have come forward in the past year to say that they were raped or molested by Cosby after he gave them alcohol or drugs in incidents dating back decades. In 2006 Cosby reached a confidential settlement for an undisclosed sum with a former Temple University employee, Andrea Constand, who accused him of sexual assault. Parts of the deposition he gave in that case were made public last month. Huth's complaint is one of at least four pending civil suits against Cosby stemming from such accusations. However, Allred has said Huth's is the only one seeking damages for the alleged misconduct itself, citing repressed psychological injuries that she claims were only discovered in the last three years, and therefore are allowed under the statute of limitations. The other plaintiffs are suing for defamation instead. Cosby has never been criminally charged. He and his lawyers acknowledge marital infidelity on his part but have consistently denied allegations of criminal wrongdoing. -Reuters