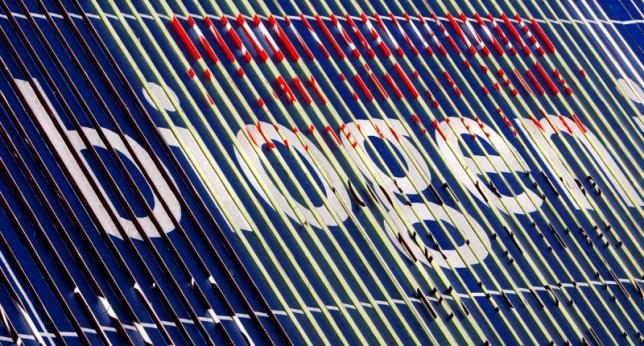 NEW YORK – Biogen Inc said it would exercise an option to develop and commercialize an experimental genetic muscle-disorder drug after an interim analysis of late-stage data showed patients experienced statistically significant improvement. The drug, nusinersen, was being developed by Biogen in collaboration with Ionis Pharmaceuticals Inc, to treat spinal muscular atrophy (SMA). The genetic disease disrupts the part of the nervous system that controls voluntary muscle movement, eventually taking away an individual's ability to walk, eat, or breathe. Currently, there exists no approved treatment for the condition, which is the leading genetic cause of death in infants. It affects about 1 in 10,000 babies, and some 1 in every 50 Americans is a genetic carrier, according to Illinois-based Cure SMA. Shares of Biogen, which plans to file marketing applications for the potential blockbuster in the coming months, rose about 5.2 percent to $304.95. In the interim analysis of the late-stage trial in infants with a form of SMA, nusinersen met the main goal of improving motor symptoms. Based on this data, the trial will be stopped, and patients can receive the drug in a follow-on study, the companies said. Biogen also said it had paid Ionis a $75 million license fee to take responsibility for the product's development, regulatory and commercialization activities and costs going forward. Facing slowing growth of its flagship drug Tecfidera, Biogen last year embarked on a sweeping restructuring program to focus on core areas, such as neurology, with high-risk, potentially high-reward experimental treatments for Alzheimer's among others. Nusinersen could provide a new growth opportunity for Biogen, which hasn't seen big organic growth since the launch of Tecfidera and has faced several late-stage setbacks over the past year, analysts said. Nusinersen is also being evaluated in two other studies in different SMA patient groups that will continue as planned. If approved, analysts expect the drug to generate between $1 billion to $2 billion in peak sales. Ionis is eligible to receive tiered royalties on any potential sales of nusinersen up to a certain percentage, and up to $150 million in milestone payments. Carlsbad, California-based Ionis' shares jumped about 33.4 percent to $38.95. –Reuters