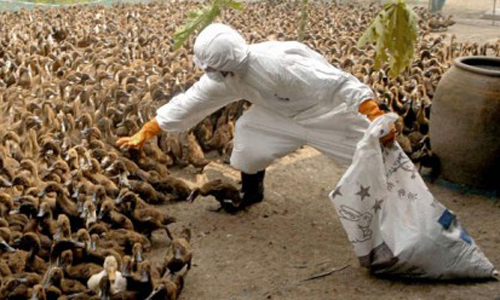 MECKLENBURG-VORPOMMERN - A case of high risk H5N8 bird flu has been found on a small farm in Mecklenburg-Vorpommern in east Germany, state authorities said on Wednesday. The farm has about 300 chickens, ducks and geese, said the Mecklenburg-Vorpommern state agriculture ministry. H5N8 bird flu has been found in over 370 wild birds in Germany since the present outbreak started in early November. Three large farms have also suffered outbreaks along with a series of small farms, hobby poultry owners and zoos. The country's government has imposed tougher sanitary rules for farms and warned it may order all poultry to be kept inside. Several European countries and Israel have found cases of H5N8 bird flu in the past few weeks and some have ordered that poultry be kept indoors to avoid the disease spreading. Most outbreaks involved wild birds but Germany, the Netherlands, Hungary and Austria also reported cases in duck and turkey farms where poultry had to be culled. The first case in wild birds in France was discovered this week. More outbreaks of a severe strain of bird flu in Europe are likely to occur in the next few weeks as wild birds believed to transmit the virus migrate southward, the deputy head of the world animal health body said. -Reuters