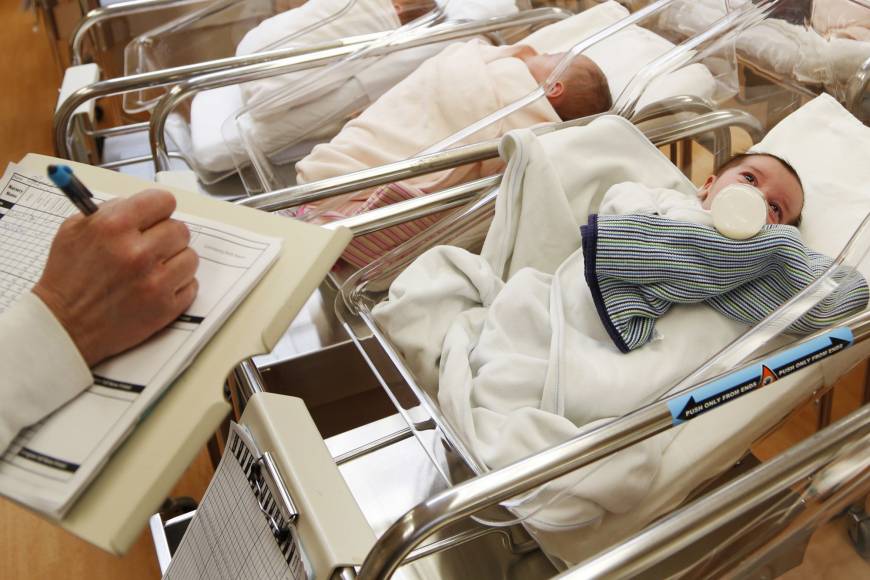 NEW YORK (AFP)- Births in the United States have plunged to record lows not seen in decades, marking a profound cultural shift that could have ramifications for the future economy, experts said Thursday.

The overall fertility rate, which essentially shows how many babies women are having in their childbearing years, and indicates whether the population is replenishing itself, fell to 1.76 births per woman last year, down three percent from the rate of 1.82 in 2016.

That marks "the lowest total fertility rate since 1978," said the report by the National Center for Health Statistics, part of the US Centers for Disease Control and Prevention.

Meanwhile, the US birth rate plunged to a 30-year low.

The 3.85 million US births in 2017 were the fewest since 1987, as American women under 40 continued to delay childbearing.

The latest downward trend began around the onset of the global financial crisis in 2007 and 2008, but has not abated even as US jobs rebounded and the economy has improved.

"To me the biggest surprise is the continuing decline of fertility rates among young women," said William Frey, a demographer and senior fellow of the Metropolitan Policy Program at The Brookings Institution.

"About 10 years since the Great Recession we still see this declining fertility among women in their 20s and that could be problematic if it continues for another three or four years."

Fewer babies means fewer young workers in the coming years, cutting away at the size of the workforce, and possibly slashing productivity and tax revenue.

Combine that with increasing numbers of elderly people entering retirement, and dollars for vital services can get very tight.

"You've got both declining birth rates and an aging population and that is why demographers are concerned," said Donna Strobino, vice chair of education population, family and reproductive health at the Bloomberg School of Public Health at Johns Hopkins University.

But other signs are positive, especially for teenagers aged 15-19. Among them, the birth rate fell seven percent in 2017 compared to a year earlier, marking "another record low for this age group," said the report.

The teen birth rate has declined by 55 percent, or nearly eight percent per year, since 2007, according to the report.

The only group that saw an increase in births were women aged 40-44, said the report.

Whether they can't afford children, or they have access to contraception and simply prefer to wait, women in their 20s and 30s continue to put off having children in America. This is a general trend that has been visible in the data -- with a few ups and downs -- since the 1970s.

"Women are becoming more educated, they are in the workforce, they are pursuing their careers," Strobino said.

"And in the absence of policies that really help women who are working to really take some time off post-partum you are probably going to see a continuation of this delay."

The United States may be sliding downward but still has a higher fertility rate than Italy (1.4), Germany (1.5) and Japan (1.4).

France is slightly higher, at two births per woman. The optimal fertility rate to sustain a population is 2.1.

For Frey, the findings offer a barometer of the nation, but are not a cause for alarm.

"I don't if it is such a big issue that you need to push the panic button," he said.

"The country isn't going to run out of people."