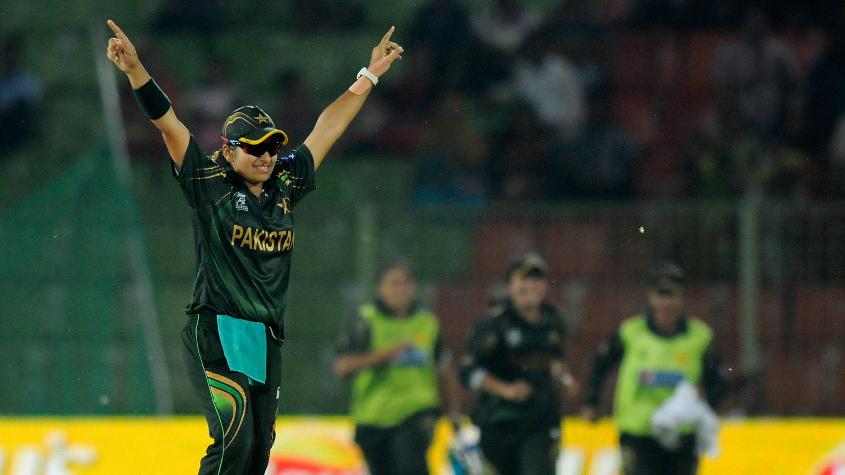 Kuala Lumpur (92 News) – Bismah Maroof's unbeaten half-century and a career-best 5/21 from Nida Dar helped Pakistan beat Sri Lanka by 23 runs in the Women's Twenty20 Asia Cup on Wednesday 6 June in Kuala Lumpur. After being asked to bat by Sri Lanka, Pakistan, spurred by captain Maroof's 41-ball 60* and Nahida Khan's 38 in 34 balls, put up a competitive total of 136/4. In reply, Sri Lanka could only manage 113/9 in their quota of overs as off-spinner Dar led the demolition job. There were two run outs in the Sri Lanka innings, while Maroof picked up the other wicket. Dar took out three of the top five Sri Lanka batters – Yasoda Mendis (25) and Nipuni Hansika (24), the openers, as well as Anushka Sanjeewani (11). When Sanjeewani was dismissed after being caught by Anam Amin, Sri Lanka were 67/3 in 12 overs, needing a further 70 runs off 48 balls. Pakistan effected two run outs thereafter, of Hasini Perera and Rebeca Vandort, and Maroof chipped in with the wicket of Oshadi Ranasinghe to reduce their opponents to 86/6 in the 16th over, a position from which Sri Lanka could not recover. Earlier, Pakistan lost opening bat Muneeba Ali early in their innings and were 16/1 in the sixth over, but Khan and Maroof got together for a 60-run second-wicket partnership to lay a strong foundation. After Khan was dismissed lbw by de Silva in the 12th over, with the total 76/2, Maroof was joined by Javeria Khan (13) and they added 40 runs in just 4.4 overs to take Pakistan past the 100-run mark. Maroof hit seven fours in her innings and scored at an impressive strike rate of 146.34. Although she received little support from Dar (3) and Nain Abidi (7), Pakistan got to a decent score, which proved too many for Sri Lanka. Pakistan and Sri Lanka have both now won two of their three games, but Sri Lanka are placed above Pakistan on the points table because of a superior net run rate.