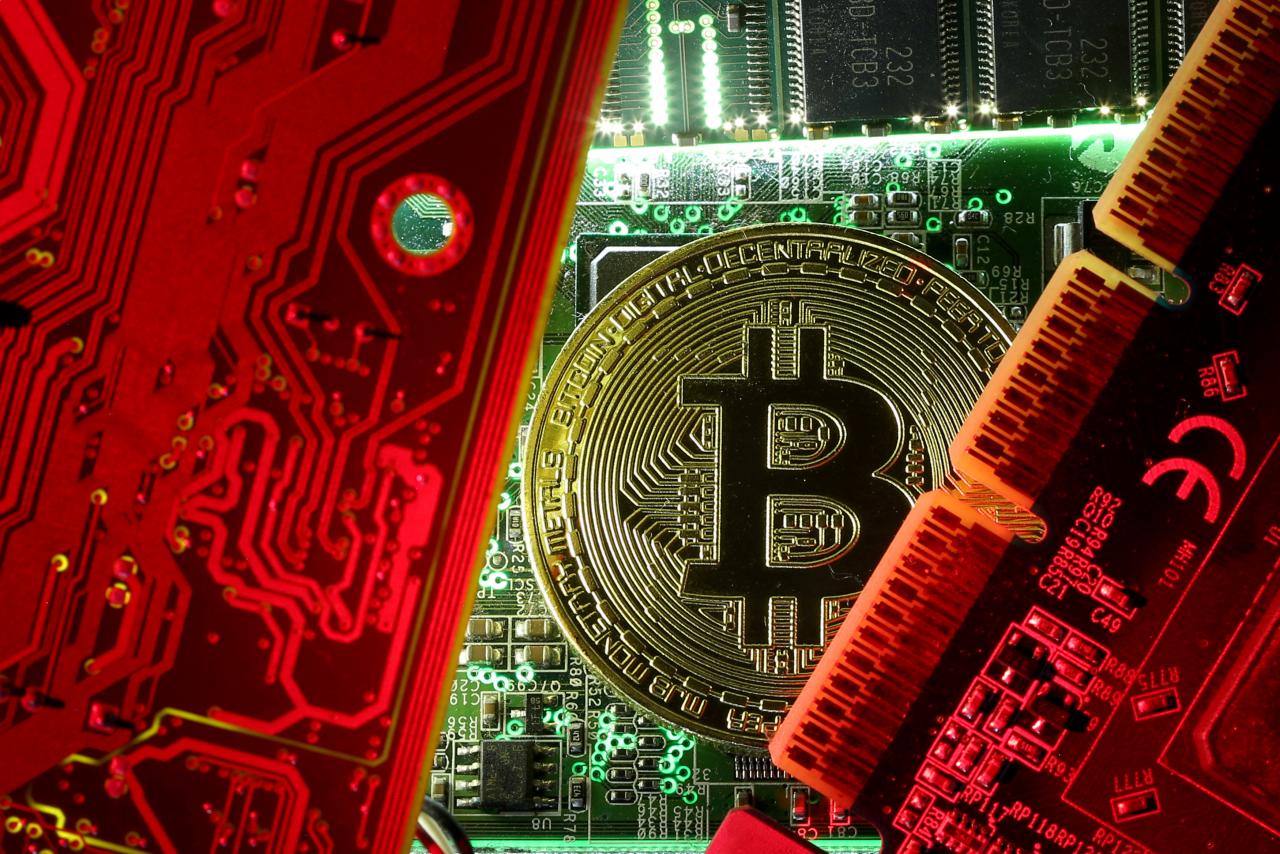 NEW YORK (Reuters) - Bitcoin dropped to a more than four-month low , continuing a downtrend after more negative headlines such as Japan’s financial regulator ordering six digital currency exchanges to make improvements on their anti-money laundering systems. The original virtual currency fell as low as $6,085.59 (£4,589) on Bitstamp, the lowest since early February and not far from this year's trough of just below $6,000. It was last down more than 8 percent at $6,177.45. So far in 2018, bitcoin has fallen nearly 56 percent, after soaring more than 1,300 percent last year. The order from Japan’s Financial Services Agency  includes bitFlyer, Inc, one of the country’s largest cryptocurrency exchanges. Early this week, the cryptocurrency world was racked by news South Korean cryptocurrency exchange Bithumb was hacked of 35 billion won ($31.5 million) worth of virtual coins. The Bithumb attack was preceded earlier this month by a “cyber intrusion” at Coinrail, a relatively small cryptocurrency exchange in South Korea, causing a loss of about 30 percent of the coins traded on the exchange. “Often swings in prices are blamed on events like hacks of crypto exchanges, or news from regulators,” said Chris Tse, founding director of the Cardstack project in New York, which is leading efforts to create a new blockchain-based internet. Blockchain, the system powering cryptocurrencies like bitcoin, is a shared database that is maintained by a network of computers connected to the internet. Tse noted that bitcoin, even before these recent events, has been in a bearish momentum. “If the crypto market were a NASCAR race - there would be a yellow caution flag waving right now. There was massive exuberance, then a massive crash, and now we’re cleaning up the debris and figuring out what’s going on,” Tse said. Other digital currencies also declined in sympathy with bitcoin .Ethereum, the second-largest cryptocurrency by market value, was down nearly 10 percent at $472.99 . The third-largest, Ripple, lost 7 percent to $0.49 according to cryptocurrency price tracker coinmarketcap.com. In a recent report explaining the slowdown in the market, Fundstrat Global Advisors managing partner Thomas Lee said there have not been sufficient inflows into the cryptocurrency space this year. “Incremental retail and institutional demand was expected to materialise in 2018, but regulatory actions by the SEC (Securities and Exchange Commission) have impaired progress,” Lee said. “The SEC has taken needed steps in 2018, targeting ICO (initial coin offerings) scams, but the uncertainty around which projects are securities versus commodities has created substantial uncertainty,” he added.