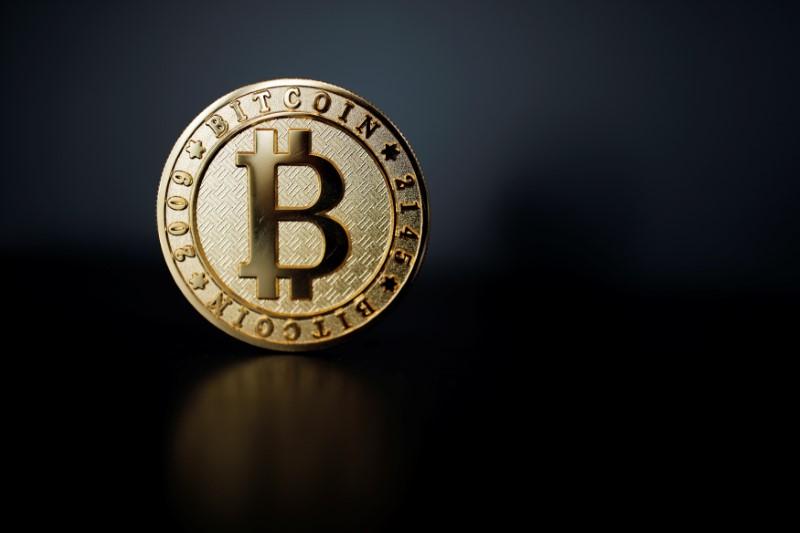 SYDNEY (Reuters) - Bitcoin hovered around $9,600 in volatile trade on Friday, after tumbling about 15 percent from an all-time high hit this week as some investors warned ominously of a bubble and further falls in the stratospheric cryptocurrency.

The latest slide has tempered an astronomical rise in recent months: Bitcoin was up almost 1,100 percent year-to-date on Wednesday. As of 0200 GMT, it was still up around more than 900 percent.

“A correction could bring bitcoin back to its previous level of chart support of around $7,500. That’s over a 20 percent drop from its current price,” said Shane Chanel, equities and derivatives adviser at ASR Wealth.

“Without everyday utility, pure speculation is driving prices at the moment. Traders are forced to use technical indicators to make buy and sell decisions.”

Bitcoin’s rise has been fuelled by signs that the digital currency is slowly gaining traction in the mainstream investment world, as well as by increasing public awareness.

In the past week, Google searches for “bitcoin” exceeded searches for “Trump” for the first time, data from Google showed, even though US President Donald Trump has been prominently in the news this week.

Several large market exchanges including Nasdaq, CBOE Holdings and CME Group -- the world’s largest derivatives exchange -- have said they are planning to provide futures contracts based on bitcoin.

Bitcoin’s rapid ascent has prompted warnings from a stream of prominent investors that it had reached bubble territory.

The deputy governor of the Bank of England on Wednesday said investors should “do their homework” before investing in the digital currency.

Despite its massive fall this week, bitcoin still ended November 54.6 percent higher, its best monthly performance since a near 66 percent gain in August.

The cryptocurrency has posted monthly losses only three times in 2017. One industry watcher predicted further rises were in the offing as demand for bitcoin is set to outpace supply.

“The number of bitcoins that can be mined is limited to 21 million, of which 16.5 million bitcoins are already in circulation,” said Siddharth Agarwal, lead financial analyst at research firm GlobalData. “As bitcoin mining becomes increasingly difficult, this could further drive bitcoin prices upwards. As a result, bitcoin could emerge as the new asset class for high-risk modern investors.”