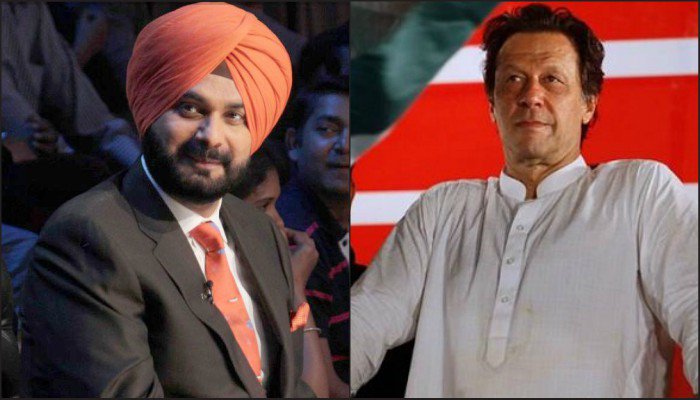 NEW DELHI (92 News) – Indian media bashed Indian cricketer-turned-politician Navjot Singh Sidhu for accepting the invitation of Imran Khan's oath taking ceremony. Navjot Singh Sidhu hoped relations between India and Pakistan would improve with Imran Khan becoming his country's prime minister, saying he was all set to attend the swearing-in. Responding to the Sidhu's satement, Bharatiya Janata Party (BJP) declared the Punjab minister as 'traitor', but the Congress supported the stance of Navjot Singh. Earlier, Indian media made noise on the Pakistani general election then victory of Imran Khan. Currently, the invitations of Imran Khan's oath-taking ceremony to Sidhu, Sunil Gawaskar and Kapil Dev have become headache for India media. Yesterday, “It is (a) great honour, I accept the invitation. Men of genius are admired, men of power are feared, but men of character are trusted. Khan Sahab is a man of character. He can be trusted. Sportsmen build bridges, break barriers, unite people,” Sidhu had said in a statement. Lately, on Sidhu's statement, not only the Indian media stood up against Sidhu but also the former cricketer was declared as the enemy of the country. He was also criticized in the channels' programme by some of guests and others directly called him as 'traitor'. The BJP leaders said that the former cricketer should not go Pakistan for participation in oath-taking ceremony, whereas Congress adopted stance that it does not matter a lot. Meanwhile, former Indian cricket captain and commentator Kapil Dev said that he would definitely go to Pakistan to attend Imran Khan’s swearing-in ceremony if he is invited. The World Cup winning Indian skipper, however, said that his visit would be subject to the approval of the government. Dev’s remarks came over reports that the former Pakistan cricketer-led Pakistan Tehreek-e-Insaf (PTI) has invited a number of personalities apart from Kapil Dev, which include Sunil Gavaskar, Navjot Singh Sidhu, and Aamir Khan among others. On the other hand, Bollywood star Mr perfectionist Amir Khan said that he has not received any invitation from Imran Khan and he could not go due to his busy schedule.