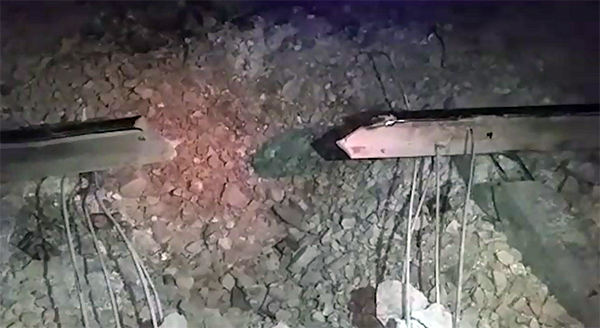 SADIQABAD (92 News) - A blast targeting Karachi-bound passenger train in Rahim Yar Khan damaged railway track around midnight, thus disrupting all railway operations. As per details, the engine of the Shalimar train derailed following a bomb blast. The incident took place near Chandrami area near Sadiqabad at the midnight. The blast also damaged windowpanes of the locomotive. Police have begun further investigation. The authorities took at least seven hours to restore railway operations. No casualties were reported in the incident. The train left for Karachi after about seven-and-a-half hour.