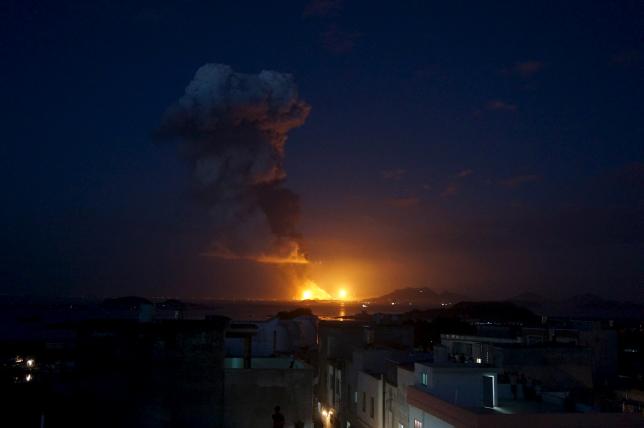 BEIJING - An explosion hit part of an oil storage facility on Monday at Dragon Aromatics, an independent petrochemical producer in eastern China, Xinhua reported. The blast happened around 7 p.m. (0700 ET) at a pumping station for a condensate storage at the plant in Zhangzhou in Fujian province that produces paraxylene, or PX, a chemical used in making polyester fiber and plastics, state media said. Xinhua cited the plant as saying one injury had been reported. It was not immediately known if any of the plant's production facilities were affected or shut. Dragon Aromatics officials were not immediately available for comment. The Zhangzhou fire department said on its microblog 430 fire fighters were sent to the scene. The fire department said pictures circulating on social media purporting to show dead and injured were fake. Dragon Aromatics, owned by Xianglu Group, a Taiwanese petrochemical group, is one of the largest independently-run PX producers in China. The plant is set to expand its condensate splitter by almost 40 percent by end of this month to 5.5 million tonnes a year (137,000 barrels per day), an industry source has said. A condensate splitter processes condensate into naphtha, which is then used as feedstock to produce PX. There have been protests in China against petrochemical plants because of concerns they contribute to pollution. - Reuters