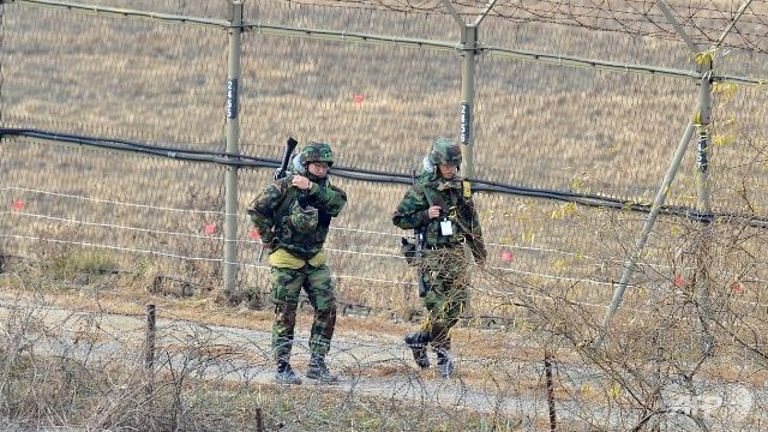 SEOUL - Two South Korean soldiers were wounded by an explosion on Tuesday, possibly caused by a landmine, in the heavily fortified Demilitarised Zone (DMZ) that divides North and South Korea, military officials said. The two soldiers, described as officers, were conducting a routine search operation inside the zone, which has divided the two Koreas since the end of the Korean War in 1953, when the so-far unexplained blast happened. One military official, who asked not to be identified, said the incident possibly involved a landmine and was being investigated. The blast happened near the town of Paju, close to the border with North Korea, about 50 km (30 miles) north of Seoul. Military officials said both men had been wounded in the legs but their wounds were not life-threatening. Defence Ministry spokesman Kim Min-seok expressed his sorrow over the incident. The DMZ is a 4-km (2.5-mile) wide buffer fortified with landmines and barbed wire stretching across the Korean peninsula, with more than a million soldiers and heavy military equipment deployed on both sides. There are telephones on the South Korean side for defectors from the impoverished and reclusive North to call seeking help, although it was not immediately clear if Tuesday's incident involved North Korea. -Reuters