QUETTA (92 News) – A police personnel was killed and five others injured during a bomb blast targeting security forces at Eastern Bypass of the provincial capital. The incident occurred when a bomb planted on a roadside exploded killing a police constable on the spot and injuring five others. Following the blast security forces reached the spot ad cordoned off the area, while the body and injured were shifted to nearby hospital. Police have a launched search operation for the arrest of the suspects behind the incident. 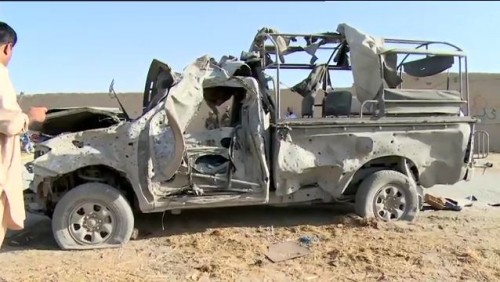