DERA GHAZI KHAN (92 News) – An explosion ripped through an office of Pakistan Muslim League-Nawaz (PML-N) leader Amjad Farooq Khosa in Tonsa Sharif on Wednesday, killing at least eight people and several others injured. The District Police Officer (DPO) in DG Khan Ghulam Mubashir Maken said that the blast occurred in front of the political office of PML-N leader Amjad Farooq Khosa, while at least 20 people were present in the office at the time of the blast. He said that the residence of Sardar Amjad Khosa is in DG Khan while the blast occurred at the political office in Tonsa Sharif. The PML-N leader Sardar Amjad Khosa was in Islamabad at the time of the suicide attack while around 40 people were present at his election office. The rescue team arrived at the blast site and shifted the dead bodies and injured persons to nearby hospital. The police personnel also reached the spot and cordoned off the area as well as launched an investigation into the incident. Talking to 92 News, the PML-N leader declared the attack a cowardly act. 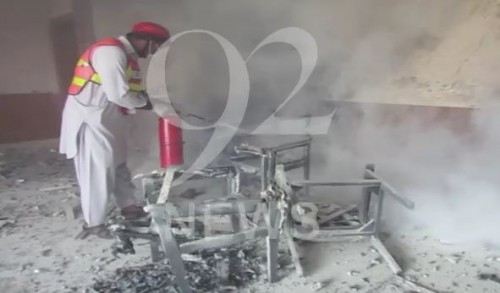 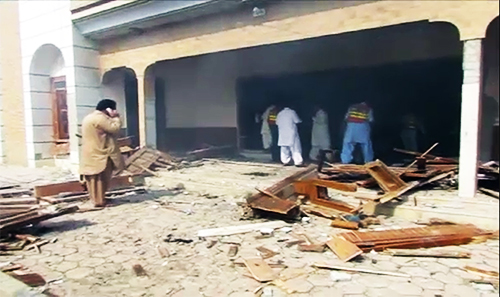