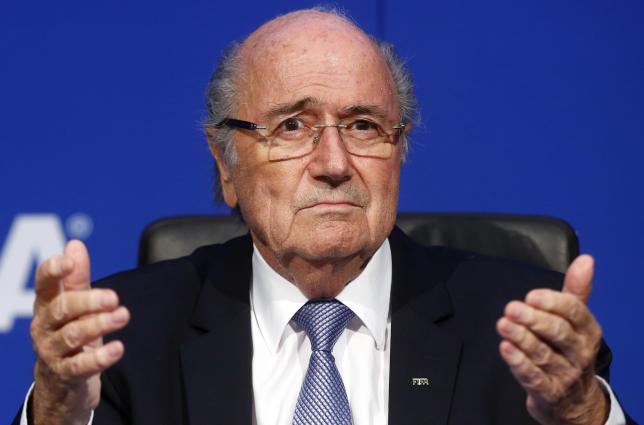 KUALA LUMPUR - FIFA President Sepp Blatter was relieved of his International Olympic Committee ex officio membership on Monday, seven months before he will be replaced as the head of football's governing body, IOC President Thomas Bach said on Monday. Blatter would ordinarily have been re-elected for another eight-year term as a procedural matter at the ongoing IOC Session in Malaysia, along with more than a dozen other members, but would be required to stand down when he left FIFA at the end of February. The 79-year-old Swiss was re-elected for a fifth term as FIFA president in Zurich on May 29 but announced he would lay down his mandate just four days later in the wake of the worst crisis in the football authority's history. FIFA was thrown into turmoil two days ahead of its presidential election when more than a dozen officials and sports marketing executives were indicted by the United States on bribery, money laundering and wire fraud charges. Although Blatter has not been accused of any wrongdoing, his stewardship has been heavily criticised and his troubled reign, that began in 1998, will come to an end when he is replaced by the winner of FIFA's next presidential election on Feb. 26. The Swiss has been an ex officio IOC member since 1999. "Mr Blatter wrote me a letter on July 23 informing me that it would be inappropriate to seek another eight-year term as he was retiring from his position at FIFA in seven months when a new president will be selected on Feb. 26," Bach said. - Reuters