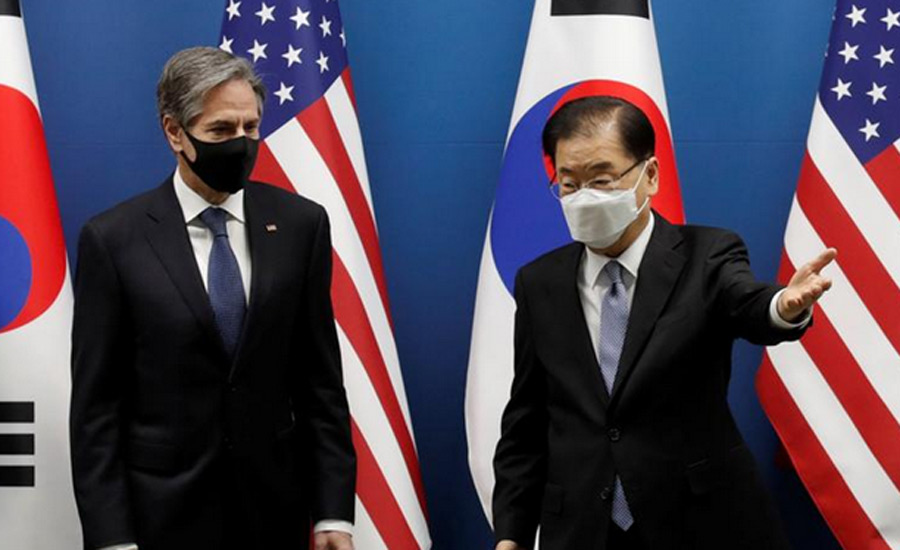 SEOUL (Reuters) – Both pressure and diplomatic options are on the table for dealing with North Korea, US Secretary of State Antony Blinken said on Thursday, hours after a senior North Korean diplomat rejected any talks until Washington changed its policies.

Blinken told a joint briefing with South Korean officials in Seoul that the administration of President Joe Biden would complete its review of North Korea policy in the next few weeks in close consultation with its allies.

Both pressure and diplomatic options were being considered, he added, but declined to elaborate when asked what approach the United States would take after the review.

Blinken was making his first visit to South Korea as secretary of state, alongside US Secretary of Defense Lloyd Austin.

They issued a joint statement with their South Korean counterparts, Foreign Minister Chung Eui-yong and Defense Minister Suh Wook, vowing to work together on regional issues from climate change and the coronavirus pandemic to trade and North Korea.

“The ministers and secretaries emphasized that North Korean nuclear and ballistic missile issues are a priority for the alliance, and reaffirmed a shared commitment to address and resolve these issues,” they said in the statement.