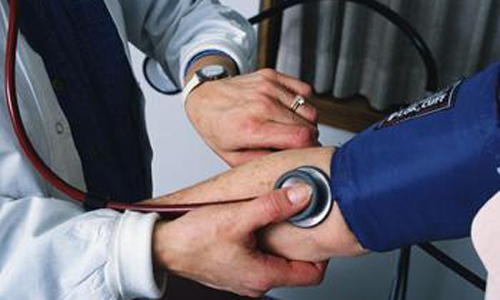 GLASGOW- Common blood pressure medications may increase the risk for severe mood disorder episodes, a new study suggests. People taking drugs known as beta-blockers and calcium antagonists for more than 90 days were twice as likely to be hospitalized for a mood disorder such as major depression or bipolar disease, compared to people treating their high blood pressure with so-called angiotensin antagonists, researchers report. Commonly prescribed beta-blockers include propranolol, metoprolol, and atenolol, for example. Calcium channels blockers include amlodipine, nifedipine, verapamil, and diltiazem, while losartan, valsartan, telmisartan, and candesartan are all angiotensin blockers. Still, people on these medications shouldn't change their prescription or do anything differently, said senior author Dr. Sandosh Padmanabhan, of the Institute of Cardiovascular and Medical Sciences at the University of Glasgow in the U.K. "People need to take their drugs because these drugs are effective at preventing heart attack and stroke," he told Reuters Health. He and his colleagues write in the journal Hypertension that depression and heart disease are both common health problems, and the links between them may go in both directions. For example, bipolar disorder is tied to about a two-fold increased risk of high blood pressure and death related to heart problems, they write. Additionally, major depressive disorder is tied to an increased risk of high blood pressure. There is also evidence to suggest that beta-blockers are tied to mood problems, like depression, said Padmanabhan. Some recent genetic evidence suggest calcium antagonists may also be tied to mood disorders. To examine the link between blood pressure drugs and mood disorders, the researchers analyzed hospital data on 144,066 patients ages 40 to 80 who had been taking medicines for at least 90 days to control their high blood pressure - either angiotensin antagonists, beta-blockers, calcium antagonists or thiazide diuretics (water pills). Anyone who had previously been admitted to a hospital for a mood disorder was excluded from the study. The blood pressure patients were compared to 111,936 people not taking blood pressure medications. Over roughly five years, 299 of the patients were admitted to a hospital for mood disorders. Those using beta-blockers and calcium antagonists were about twice as likely to be hospitalized for a mood disorder as people taking angiotensin antagonists after accounting for a number of factors that might influence the results, like age, sex and overall health. Angiotensin antagonists, in contrast, seem to protect against severe mood disorder, Padmanabhan noted. People using these drugs were less likely to be admitted to the hospital for mood disorder problems than people not taking medications at all. Dr. Maan Fares, a cardiologist at the Cleveland Clinic in Ohio, agreed that patients shouldn't change their medication based on this study. "It’s based on a retrospective analysis and the evidence isn’t sufficient to make any changes in our treatment patterns today," said Fares, who wasn't involved in the new study. The study does, however, confirm the need for better designed trials, he said. Padmanabhan also cautioned that the study's findings are limited. He and his colleagues are currently looking at previous clinical trials of blood pressure drugs to see if those researchers captured data on depression, which would make it easier to confirm the findings. -Reuters