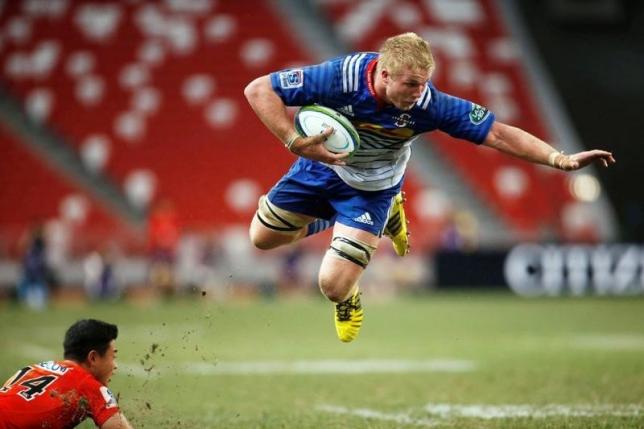 SINGAPORE - South Africa have been dealt an injury blow ahead of next month's three-test home series against Ireland after in-form lock Pieter-Steph du Toit withdrew from the squad on Tuesday. The second rower, a colossus for the Stormers in Super Rugby this season, had a grade two hamstring tear that would keep him out of action for up to six weeks, SA Rugby confirmed via a press release. He has been replaced by uncapped Lions lock Franco Mostert, who is promoted from the South Africa 'A' squad preparing for a two-match home series against the England Saxons. Du Toit's absence means it is a near certainty that the starting Bok lock combination for the first test against Ireland will feature Lood de Jager and Eben Etzebeth. Other injury concerns for new coach Allister Coetzee are centre Jesse Kriel (bruised sternum) and prop Trevor Nyakane (shoulder). The first test against Ireland is in Cape Town on June 11, followed by matches in Johannesburg (June 18) and Port Elizabeth (June 25). -Reuters