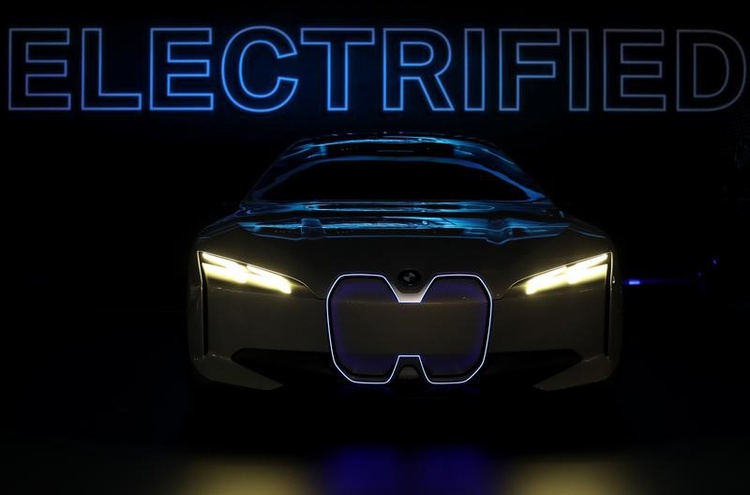 Munich (Reuters) - German carmaker BMW will increase research and development (R&D) spending to an all-time high of up to 7 billion euros ($8.6 billion) this year as part of efforts to bring 25 electrified models to market by 2025.

The Munich-based maker of BMW, Rolls-Royce and Mini vehicles said that despite higher spending it expects group pre-tax profit to be over 10 billion euros in 2018, at least in line with last year's level.

In its annual report, BMW also warned of a possible impact from trade barriers and any anti-dumping customs duties in the United States and added that Brexit could have an adverse long term effect.

"Investment will rise by a further high three-digit million euro amount year-on-year, primarily from the ongoing new model initiative as well as continued work on e-mobility and autonomous driving," BMW said in a statement on Wednesday.

Sales of luxury cars are expected to continue rising, contributing to new record unit sales this year, it said.

"In the automotive segment we expect to achieve new all-time highs in 2018. As long as conditions remain stable, we should see a light increase in deliveries from growth in China and the US in particular," BMW Chief Financial Officer Nicolas Peter said in a statement.

BMW did inject a note of caution over trade tensions and Britain's looming exit from the European Union.

"A possible introduction of trade barriers, including anti-dumping customs duties, by the US administration could have an adverse impact on the BMW Group's operations," BMW said in its annual report.

Separately, BMW said the prospect of diesel bans had hit the second-hand values of some cars, leading to a rise in the credit loss ratio to 0.34 percent, from 0.32 percent a year earlier, reflecting "the situation in the used car markets in North America and Europe."

The increase was mainly due to the debate on diesel engines in parts of Europe, BMW said. BMW said risks related to the residual value of used cars were covered by risk provisions.