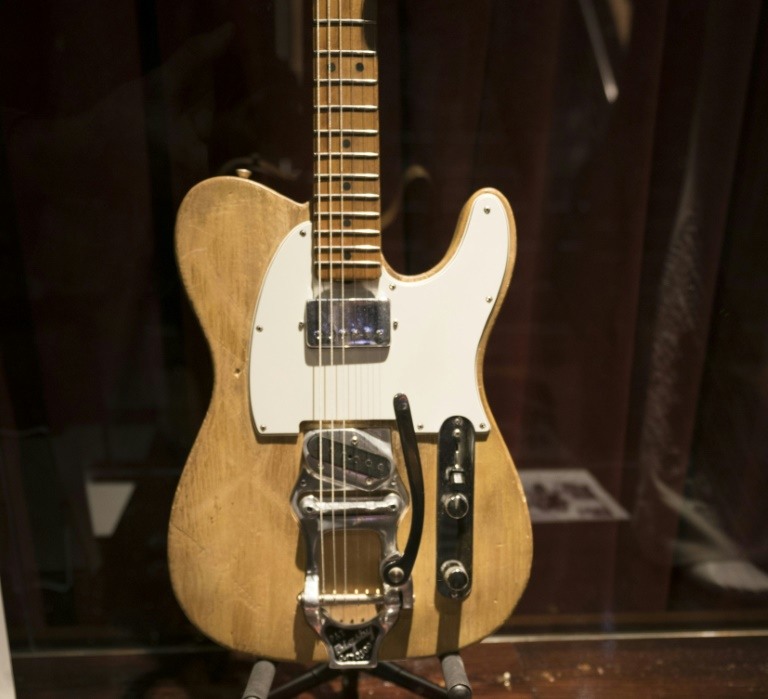 NEW YORK (AFP)- A guitar that played a key role in Bob Dylan's artistic evolution from folk music to rock fetched a half million at auction . The guitar, a 1965 Fender Telecaster that belonged to Robbie Robertson, Dylan's guitarist, was used by Dylan, Eric Clapton and George Harrison, Julien's Auctions said.
It had been expected to fetch between $400,000 and $600,000. The guitar marked the singer's path from folk stylings like "The Times They Are A-Changin'" (1964), to electric rock, like his 1965 hit "Like a Rolling Stone." Other famous guitars went under the hammer , George Harrison's first electric guitar, a $40,000 Hofner Club 40, and a Fender Telecaster rosewood guitar made for Elvis Presley in 1968, priced at a cool $115,200. More than 40 years after his death, Elvis items still fetch a handsome price. A heavily decorated Elvis belt, which he wore during a concert in Hawaii in 1972, sold for $354,400. A star-shaped diamond ring donated by Elvis to an admirer at a concert in 1975 brought in a sparkly $100,000. The sale also included show costumes that belonged to artists from Elton John, to Britney Spears and Michael Jackson. A leather jacket and pants suit from the late "Thriller" singer, with a yellow shirt, brought in $217,600, Julien said.