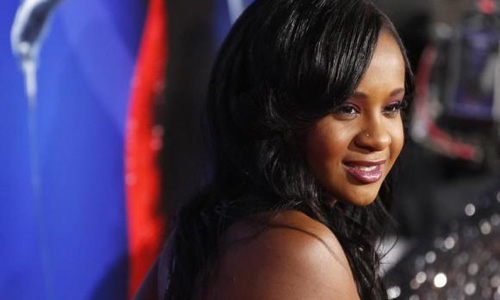 CALIFORNIA  - Bobbi Kristina Brown, the daughter of late pop singer Whitney Houston, has been moved to a rehabilitation facility from a Georgia hospital almost two months after she was found unresponsive in a bathtub, NBC News reported on Friday. Citing an unnamed source close to the family, the news network said that Brown's condition had not changed. The source did not say when she had been moved or where she would be, the network reported. Brown, 21, the only child of singers Bobby Brown and Houston, has been treated at Emory University Hospital in Atlanta. She was discovered on Jan. 31 face down and unresponsive in a bathtub in her suburban home. Family members have said little about the aspiring singer's treatment or medical prognosis. Bobby Brown has asked for privacy. Brown's famous mother, a six-time Grammy Award winner and actress who battled substance abuse, drowned in a hotel bathtub in Beverly Hills, California, on Feb. 11, 2012. Authorities said cocaine use and heart disease contributed to Houston's death at age 48. - REUTERS