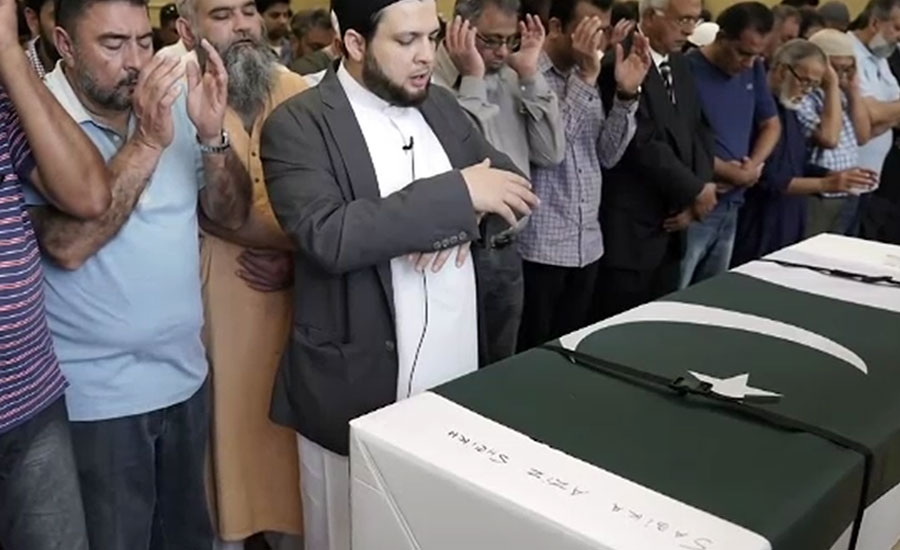 STAFFORD, TEXAS (92 News) – A dead body of 17-year-old Pakistani exchange student Sabika Sheikh on Monday has been sent to Pakistan through Istanbul, her family members are completely devastated in the mourn of slain student. According to the details, the funeral service for slain Sabika Sheikh held in Houston in the presence of Muslim community and her body sent to Pakistan. Body of Sabika Sheikh will reach Karachi tomorrow morning via Istanbul, after offering the funeral prayer the student will be buried at Karachi graveyard. Pakistani Consul General Aisha Farooqui informed that the body of Sabika had been sent to Pakistan from Houston at the time of 2pm, which will be reached at Karachi early morning 6 to 7am. A relative of the Pakistani student also present with dead body. Earlier, more than one thousand people mostly from Pakistan participated in the funeral prayer of Sabika at Houston. Sabika Sheikh was come to US in the American Student Exchange Package and she has to come back her country on Eidul Fitr.