Boeing moves to keep 777X on track after engine snag 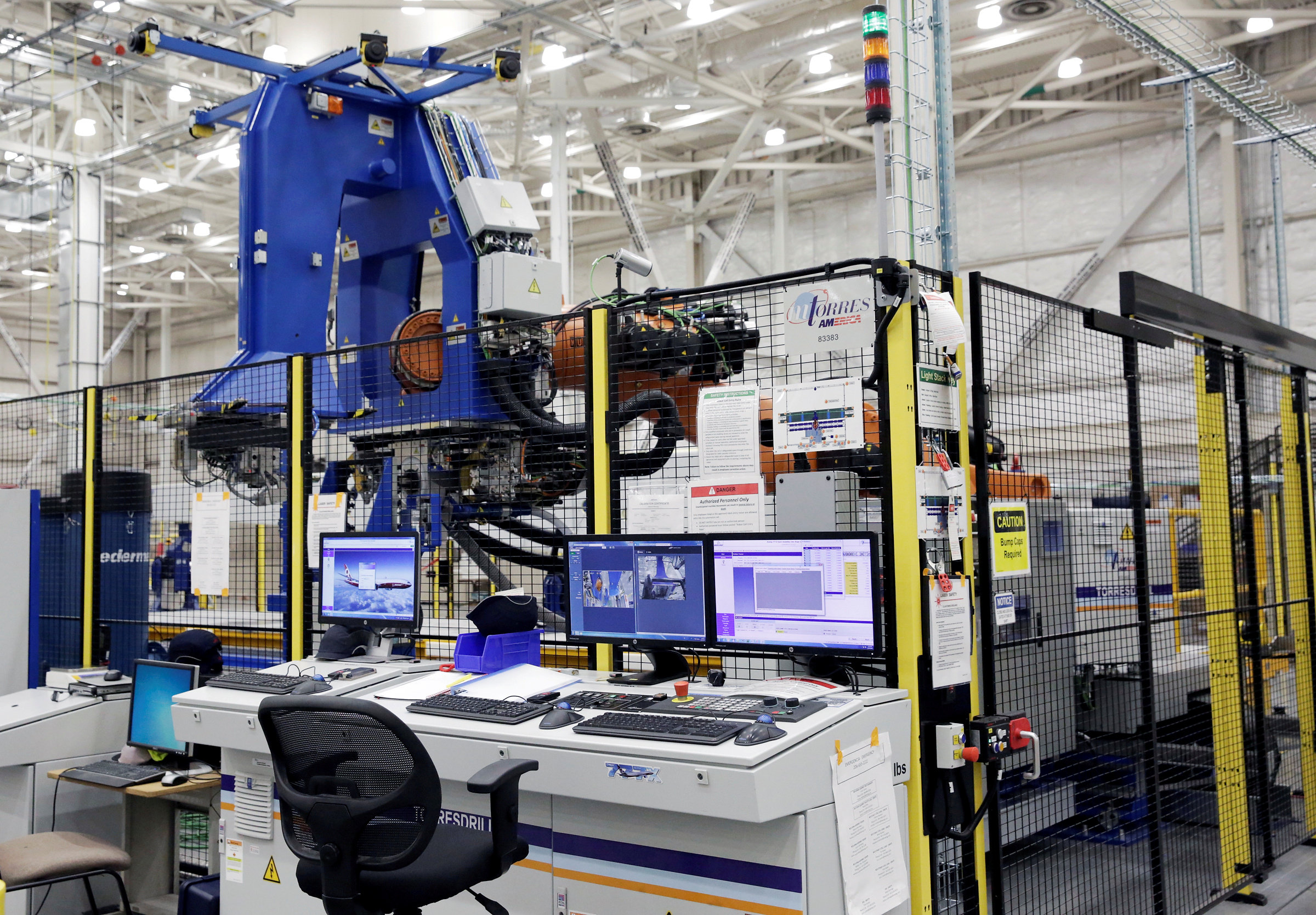 Boeing moves to keep 777X on track after engine snag

SEATTLE (Reuters) - Boeing Co has scrambled to reorganize testing of its new 777X to avoid being delayed by engine snags, while robots and mechanics are starting work on the fuselage, the executive who heads efforts to build the world’s largest twin-engined jet said in an interview.

Engine supplier General Electric began flight trials of its new GE9X jet engine on Tuesday after a three-month delay caused mainly by a problem in its compressor. But to put the engine development back on track it must build a new component.

During that time, Boeing will place two temporary engines on the first flight-test aircraft that is gradually beginning to take shape, starting with its lightweight carbon wings and now the fuselage, which Boeing says is on schedule.

The engines, identical in every other respect to the ones that will go into service, will be swapped for fresh ones with the new part before the first 777X carries out its maiden flight next year. The temporary engines will not be fired up, but having them in place will allow other tests to go ahead.

“Honestly, when this happened I thought ‘this is going to be bad’ and we just kept grinding and grinding at it, and we came up with some pretty creative things to test where we could, build where we could,” 777X Vice President and General Manager Eric Lindblad told Reuters.

“To put engines on and then take them off - that is all to protect the schedule,” Lindblad said.

The hurried rejig reflects the fact that after years of planning, production has begun in earnest - something evident from activity inside Boeing’s new high-tech wing center.

“We are at the point where it is time to start scaling up the speed that we build things here,” Lindblad said inside the 1.3 million-square-foot (120,800-square-meter) fabrication plant where machines weave and bake major parts of the carbon wings.

The engine swap is also an example of how Boeing is trying to avoid eating into the ‘buffer’ traditionally built into development schedules. That’s because it faces a challenging two years before the latest version of its 777 enters service.

“We are now in the thick of it ... There is no more waiting until later to solve problems,” Lindblad said. “There are still two years left. You cannot give away your buffer.”

But although the engine snag marks the first significant public slippage, Boeing has already faced a number of teething problems in building carbon wings and other components.

“Everything is hard at this point where you start building an airplane. When you ask me how wing assembly has been going, it’s been hard,” Lindblad said.

One of the problems involves fitting the carbon panels to the skeleton of spars and ribs, with the light but strong carbon-fiber material less forgiving than traditional aluminum.

“Assuming we continue to march our way through the plan that we have laid out, I feel pretty optimistic about (the engine) and I think that wing assembly is a matter of incorporating the learnings,” Lindblad said.

Six months ago, Lindblad says something else was making him feel “queasy”. Integration of aircraft systems in a special demonstration lab was not happening as quickly as planned.

“I am more optimistic today,” he said. He added that he would be “cautiously guarded” until the first flight, due in the first quarter of 2019.

Another headache has been producing enough wing stringers: reinforcing strips that go outwards from the fuselage.

“I feel confident we have got a plan for that so we are tracking basically back to schedule.”

Now Boeing must marry together the various wing parts and produce the long metallic fuselage.

Fuselage panels arriving from Japan have been loaded into a “Fuselage Automated Upright Build” (FAUB) machine used to fasten them. Boeing had delays when the machine was tried out on existing versions of the 777, but Boeing says the system is now running at full speed of five planes a month.

Drawing on experience of the smaller 737 MAX, which has absorbed production increases on a larger scale, Lindblad said the 777X production system had been set up to handle a targeted speed but would not disclose capacity.

“We are planning for world demand,” he said.

The first task is to get flight trials under way so that ambitious fuel-saving goals can be tested.

“Will we get four airplanes in the flight test on schedule? We’ll see. I think we have a pretty good shot at it.”