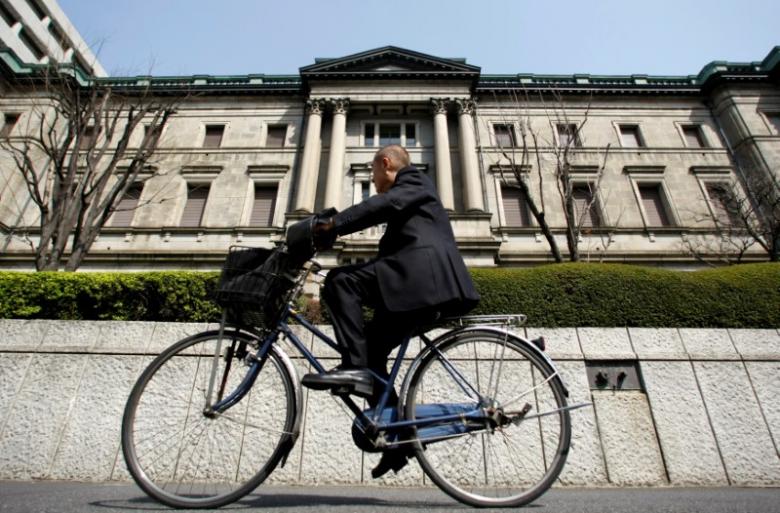 TOKYO - The Bank of Japan held off on expanding stimulus on Tuesday despite pushing back the time frame for hitting its 2 percent inflation target, signalling that it will stand pat unless a severe market shock threatens to derail a fragile recovery. In a widely expected move, the BOJ maintained the 0.1 percent interest it charges for a portion of excess reserves that financial institutions park with the central bank. At the two-day policy meeting that ended on Tuesday, it also left unchanged its 10-year government bond yield target around zero percent. While the BOJ no longer targets the pace of money printing, it maintained a pledge to keep buying government bonds so the balance of its holdings increases at an annual pace of 80 trillion yen. At a quarterly review of its forecasts, the BOJ cut its core consumer inflation forecast for the next fiscal year ending in March 2018 to 1.5 percent from 1.7 percent projected in July. BOJ Governor Haruhiko Kuroda will hold a news conference at 3:30 p.m. (0630 GMT) to explain the policy decision and the quarterly review. -Reuters