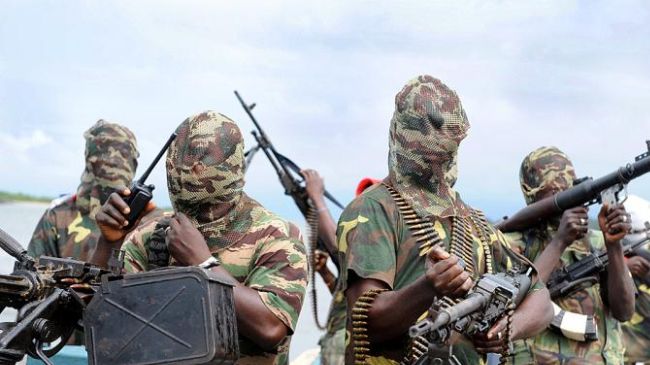 LONDON - Boko Haram Islamist militants in northern Nigeria are using children as human bombs and targeting women and girls for particularly horrific abuse, including sexual slavery, the United Nations human rights chief said on Wednesday. Zeid Ra'ad Al Hussein told a special session of the UN Human Rights Council in Geneva that his office had received reports of Boko Haram using children as its first line of attack, as "expendable cannon fodder". "Bodies of children around 12 years old have been found strewn across such battlefields," Zeid said. Boko Haram has been attacking towns and villages in northern Nigeria and border regions of neighboring Cameroon, Chad and Niger. "The group has also repeatedly used young children as human bombs, including a case of a 14-year-old girl carrying a baby on her back who detonated a bomb in a marketplace," Zeid said. The Council condemned "the heinous terrorist activities of Boko Haram", including the abduction of more than 200 girls from a school in Chibok, northeast Nigeria, a year ago, and called for "drying up all possible sources of financing" for the group. It called for those who have committed crimes on behalf of Boko Haram to be brought before competent courts of the affected states and held accountable. Boko Haram has killed thousands and displaced some 1.5 million people during a six-year campaign to carve out an Islamic state in northern Nigeria. A joint offensive by Nigeria and its neighbors has succeeded in driving the group from most of the positions they controlled earlier this year, reversing militants' gains that forced Nigeria to delay its February presidential election. Zeid said that appalling atrocities committed by the group had created a critical human rights situation not only in Nigeria, but in the whole Lake Chad region. WOMEN, GIRLS ENSLAVED Both children and adults have been abducted by the group on a massive scale, he said. Women and girls have been enslaved and subjected to sexual violence, forced labor and compulsory conversion, he said, citing reports from witnesses and survivors. Retreating Boko Haram militants have murdered their so-called "wives" - women and girls they held as slaves - and other captives as military offensives by Nigeria and its neighbors advanced, Zeid said. He said he had received information suggesting that the security forces of Nigeria and other nations combating the insurgency had also committed human rights violations, and called for a thorough and transparent investigation. "Such violations intensify the suffering of the people - and (...) this can only create resentment, facilitate recruitment of new insurgents, and foster vicious cycle of greater extremism," he said. The insurgency has sharply reduced farming activity and many people are facing severe food shortages, Zeid told the Council. "Because the farms of northern Nigeria provide produce across the Sahel, this also means that the price of several basic foods has risen sharply across the region," he said. The current dry season has intensified Boko Haram incursions into Cameroon, Chad and Niger, spreading bloodshed and desolation even more widely, the rights chief said. "What was initially a localized crisis is fast growing to very disturbing regional dimensions," he added. - Reuters