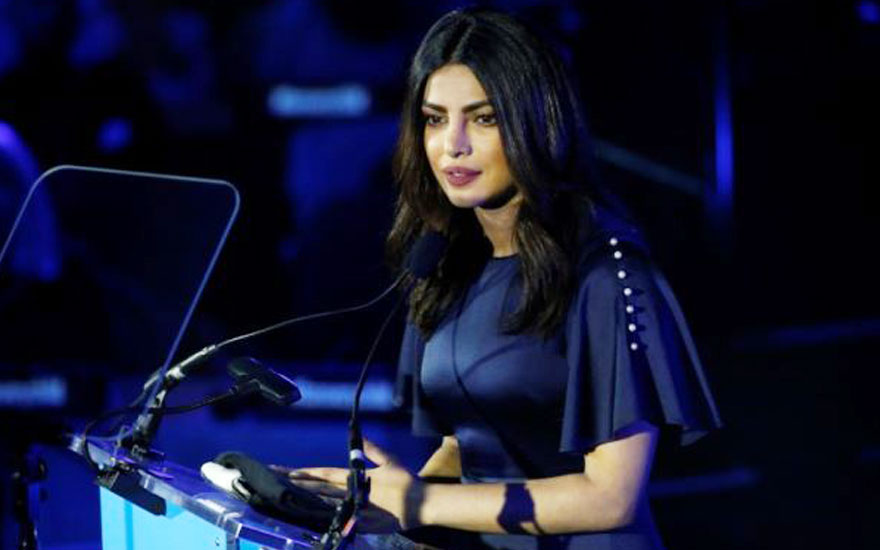 DHAKA (Reuters) – Bollywood actress and UNICEF goodwill ambassador Priyanka Chopra called on the international community on Thursday to step up support for Rohingya women and children who fled to Bangladesh from a military crackdown in Myanmar. A military response to insurgent attacks on police posts and an army base in northern Rakhine state last August pushed almost 700,000 Rohingya Muslims across the border to Bangladesh, many accusing security forces of killings, rape and arson. “Every child deserves a future, an opportunity to contribute to humanity,” Chopra told a news conference in Dhaka after a four-day visit to Rohingya refugee camps at Cox’s Bazar on the southern tip of Bangladesh. “Refugee children are the world’s responsibility because they don’t have anywhere to go. They don’t have anything they can call their own,” she said. The United Nations has described the military crackdown as “ethnic cleansing,” which Myanmar has denied, saying its security forces were conducting a legitimate counter-insurgency operation against “terrorists.” Chopra urged the international community to tackle the issue of Rohingya children living without basic rights to food, clean water, shelter, proper sanitation and education. “There’s so much more to be done. They need your money, time, compassion,” she said. In March the United Nations launched an appeal for $951 million to help the Rohingya refugees for the rest of the year, but it remains less than 20 percent funded.