Bolt's coming! Star to train with Dortmund on Friday 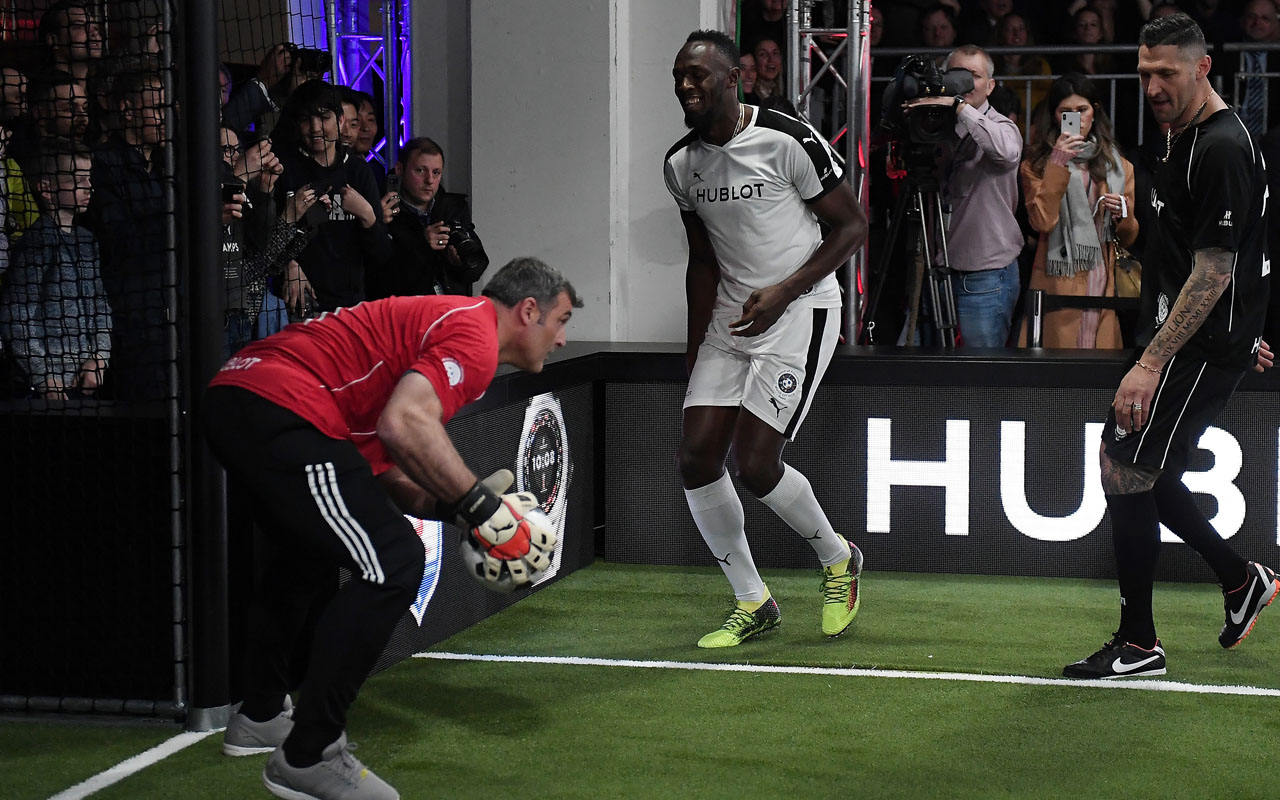 Bolt's coming! Star to train with Dortmund on Friday

BERLIN (AFP) - Athletics legend Usain Bolt, who has ambitions to start a football career at 31, will train with Borussia Dortmund on Friday, the Bundesliga club confirmed.

"Bolt is coming!" tweeted the German club on Thursday, while the Jamaican sprint star wrote "BVB, get ready for Friday #BVBolt #NewLevels @bvb09 @pumafootball", on his official account.

The event could be seen as a publicity stunt as both Bolt and Dortmund are sponsored by Puma.

The training is scheduled at 1030 local time (0930 GMT) and will be open to the public, with huge media interest expected.

Bolt, who holds the world records for the 100m and 200m, had already announced last January that he would be training with Dortmund during the current international break.

"The invitation was made a year and a half ago," Carsten Cramer, Dortmund's director of sales and marketing, told SID, an AFP subsidiary.

"His injury and the Rio Olympics put a stop to that. He's in Europe and that fits quite well with the international break.

"Of course, you have to see this with a bit of a wink, but there are a few outstanding athletes in the world, and if they are interested in Borussia Dortmund, we feel honoured.

"We'd like to be good hosts, we will take care of him so that he gets to know more of Dortmund than just the club."

Since retiring from athletics last year, Bolt has made no secret of his dreams to play football and insists he is serious.

"I do not want to hurry, I'll test myself, so I'll be able to say if I can do this or not, then I'll talk to clubs," he said recently at a charity event in Switzerland.

"Right now, I do not want to deal with that until I see how good I am."

The Manchester United fan will also line up opposite British pop star Robbie Williams in a charity football match at Old Trafford on June 10.

Bolt, an eight-time Olympic gold medallist, will captain the Soccer Aid World XI in a match to raise funds for the United Nations Children's Fund, Unicef.