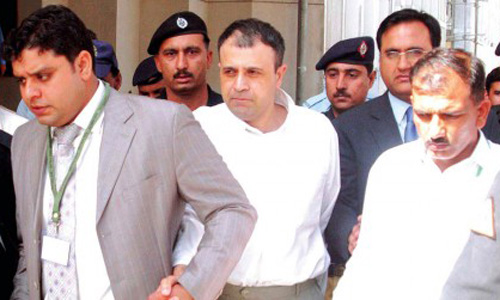 ISLAMABAD (92 News) – The Supreme Court three-member bench headed by Justice Anwar Zaheer Jamali granted bail to Bank of Punjab former chief Hamesh Khan in a fraud case on Tuesday. The court ordered his release after furnishing surety bonds worth Rs 10 million. The defence counsel said that the other accused in the case are on bail, while his client has been in jail for the last five years. He said that the SC has also granted bail co-accused Sheikh Afzal. The NAB deputy prosecutor told court that all the accused are one and creating hurdles in the completion of the trial. The court adjourned the case after granting bail to Hamesh Khan.