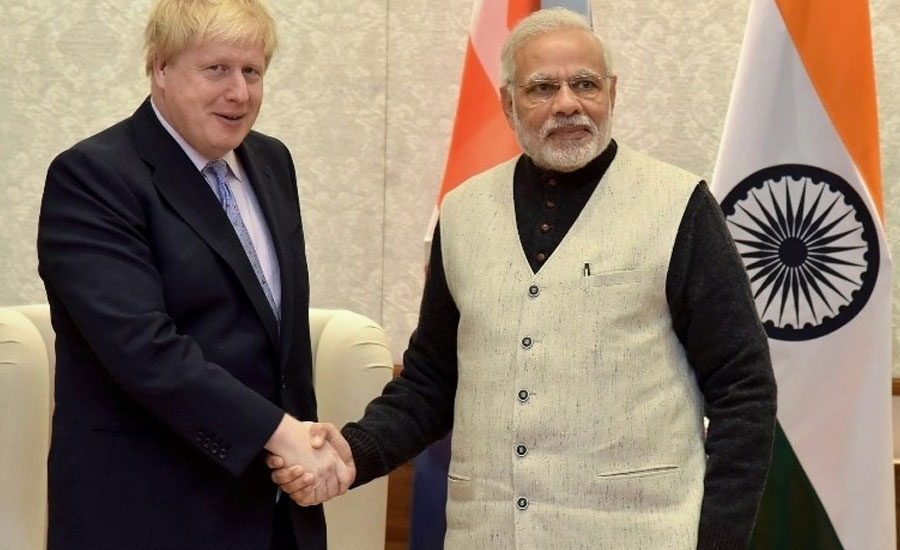 LONDON (AFP) - British Prime Minister Boris Johnson has cancelled his delayed trip to India next week, his first major foreign visit since taking power in 2019, his office said on Monday, as coronavirus cases surge in India.

“In the light of the current coronavirus situation, Prime Minister Boris Johnson will not be able to travel to India next week,” it said.

The statement added that the two countries’ leaders would instead speak later this month “to agree and launch their ambitious plans for the future partnership between the UK and India”.

“They will remain in regular contact beyond this, and look forward to meeting in person later this year,” it said.

Johnson’s office had last week announced the visit would be shortened. It was originally organised to span three days and set to begin on April 26.

It had initially been scheduled for January and heralded as an opportunity for Britain to refocus its international trade policy in the wake of Brexit as it pursues a so-called “global Britain” strategy.

But spiking coronavirus cases, hospitalizations, and deaths in Britain earlier this year led to its delay.

Now, surging infections in India — where officials have recorded five consecutive days of more than 200,000 cases — have led to its entire cancellation.

A week-long lockdown was imposed in New Delhi from Monday night to try to contain a spike in cases that have overstretched city hospitals.

The visit was aimed at strengthening trade ties, investment and cooperation in various areas, including defence, security, health and climate change.

It followed an invitation from Indian Prime Minister Narendra Modi, who took part in a climate summit hosted by London earlier this year.