Born in Japan, playing for North Korea under shadow of missile crisis 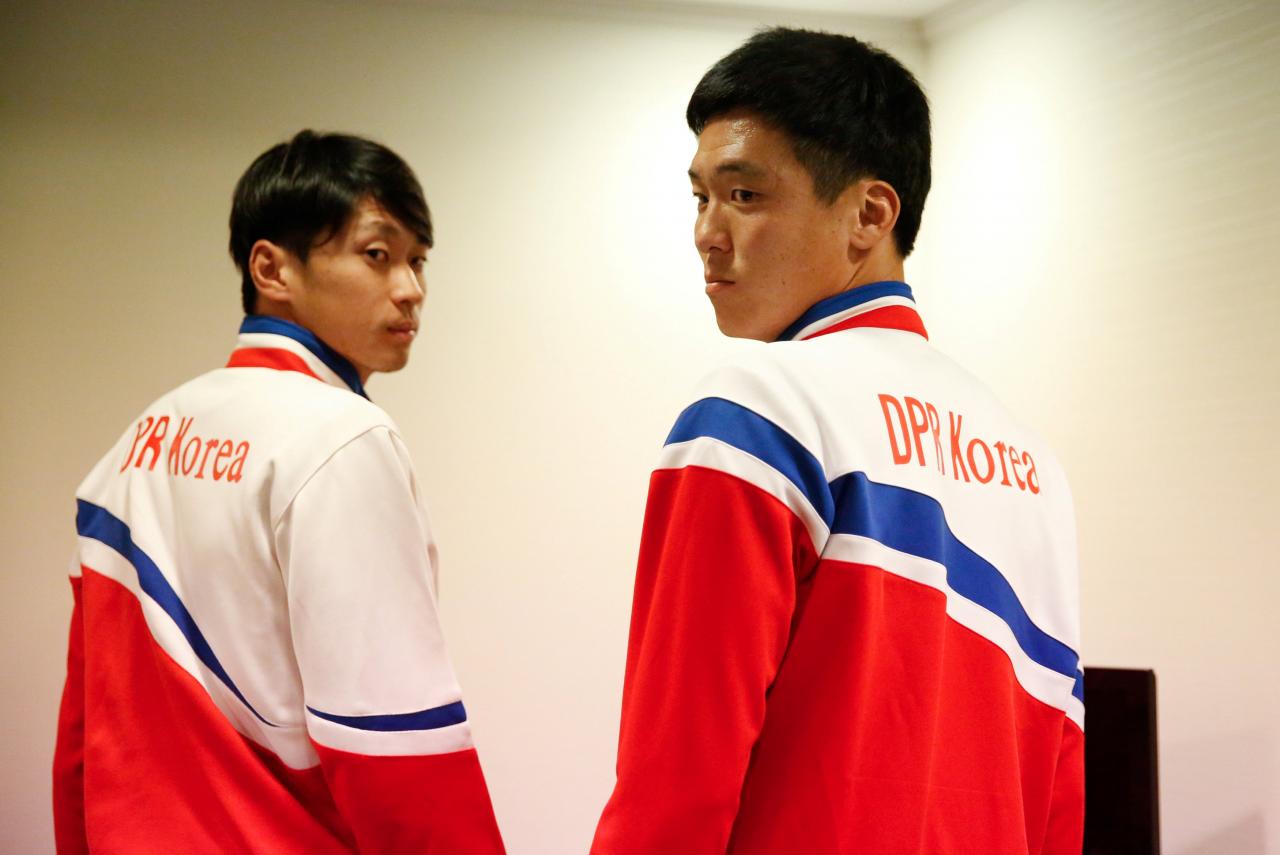 Born in Japan, playing for North Korea under shadow of missile crisis

TOKYO (Reuters) - Born and raised in Japan, three North Korean soccer players are expecting to face boos from the home crowd in a match that comes less than two weeks after the latest North Korean test missile splashed into the Sea of Japan.

An Byong Jun, Kim Song Gi and Lee Yong Jick, who play their club soccer for J League division 2 sides, will represent North Korea when they take on Japan in Tokyo on Saturday in the final round of the East Asian Football Championship.

The sporting contest is being held with the world still on edge after the North heightened alarm in South Korea, Japan and the United States by test firing an intercontinental ballistic missile on Nov. 29 that appeared to demonstrate increasing range.

North Korea has test-fired missiles over the northern Japanese island of Hokkaido twice earlier this year and has threatened to sink Japan into the sea with a nuclear bomb.

Unsurprisingly, Kim, a 29-year-old central defender, who hails from Hyogo prefecture in western Japan and plays his club soccer for Machida Zelvia in Tokyo, expects a hostile reception from Japanese supporters.

“Bring on the booing,” said Kim. “Being booed actually gets me fired up. I was brought up that way and it doesn’t really bother me.”

He is eager to avenge a one-nil loss when he first played against Japan for North Korea six years ago.

Kim, An and Lee all took up soccer when they were children attending Pyongyang-affiliated schools in Japan and saw playing as a North Korean international as the path to the highest level.

“Soccer was all I thought about when I was a kid and it was my dream to play for North Korea,” Kim said. “My biggest goal now is to go to the World Cup.”

Japanese nationality is inherited through parents, not place of birth, meaning the three players of North Korean descent are considered foreigners and ineligible to play for Japan’s national team.

The players’ status as permanent residents in Japan is a throwback to the complex and conflicted relationship between the countries.

Many Koreans were forced to move to Japan during its occupation of the Korean peninsula before and during World War Two, and suffered discrimination.

They and their descendants are now eligible to become naturalised Japanese citizens, but many are loath to do so because that would involve giving up their Korean nationality and suffering a perceived loss of cultural identity.

There were about 339,000 people with special permanent resident status - mostly those with Korean or Taiwanese ancestry - living in Japan last year, government data shows.

Lee, a 26-year-old Osaka native playing his first match against Japan, said he wasn’t sure how the fans would react, noting that the team had expected boos when they played in South Korea but received applause instead.

“I hope we’re treated the same as other teams that play against Japan. To be honest I hope we don’t get booed.”

Regarding political tensions, he said that things might seem bad looking only at the news in Japan but that he and his teammates had also seen a good side to North Korea on their trips to Pyongyang, on school trips and for training camp.

An, who will also be playing his first match against Japan, said he was looking forward to playing in his hometown Tokyo and expected a good turnout from ethnic Korean fans.

He said he had a lot of J League friends on the Japanese squad with whom he exchanges text messages and he was looking forward to a good match regardless of international tensions.

“Soccer’s great because teams can play fair and square and those kind of politics don’t matter,” said the 27-year-old Roasso Kumamoto forward.

“All I want to do is go out and represent my country as a soccer player.”

Japan and North Korea last met in 2015, at the East Asia Football Championship in China, where North Korea prevailed 2-1. This year’s men’s tournament, which also features China and South Korea, runs Dec. 9-16. The women’s tournament, comprising the same countries, is being held Dec. 8-15.