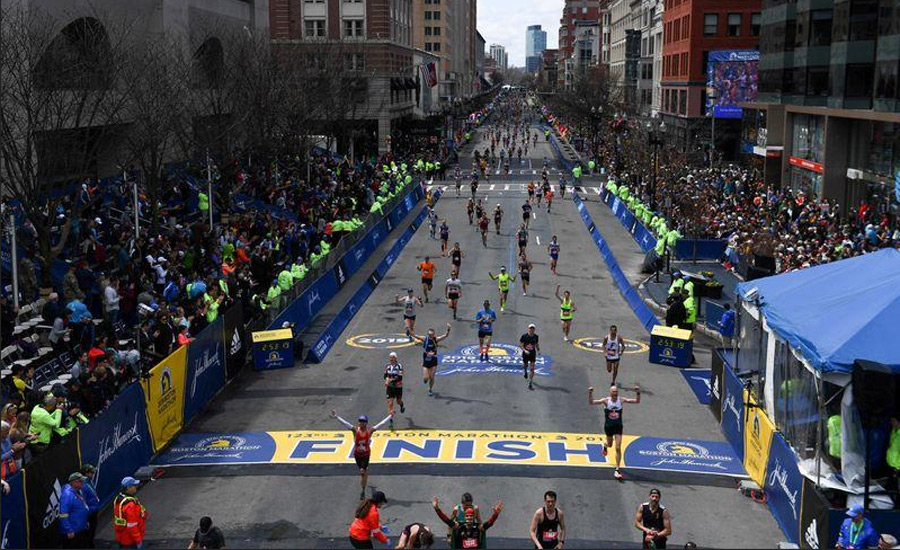 BOSTON (Reuters) – This year’s Boston Marathon will be limited to 20,000 entrants in a bid allow greater social distancing throughout the course given the COVID-19 pandemic, race organisers said on Monday.

The number of entrants being allowed for this year’s race, scheduled to be held on Oct. 11, is 33% below the typical number of runners at one of the world’s most prestigious marathons.

The Boston Athletic Association (B.A.A.), which organises the marathon, said it worked closely with local, city, and state partners to establish an appropriate field size for the race that extends from the suburb of Hopkinton to downtown Boston.

"In addition to a smaller field than in previous years, we will have significant additional protocols in place to ensure participant and public health," B.A.A. President Tom Grilk said in a news release here.

The Boston Marathon, which is typically held in April and generally draws over 30,000 runners from all over the world, had been held annually since 1897 until it was cancelled for the first time in its history last year because of COVID-19.

The global pandemic also forced organisers to push back the date for this year’s race.

As a result, all six marathon majors scheduled this year will now be condensed into a six-week window, starting with the Berlin Marathon on Sept. 26 and ending with the New York City race on Nov. 7.