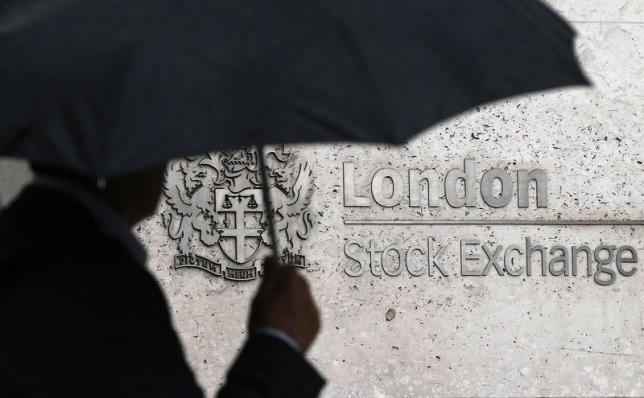 LONDON - Britain's top share index climbed in morning trading on Friday, with commodities stocks bouncing back on a recovery in copper and crude oil prices. Investors also pointed to Federal Reserve Chair Janet Yellen's comments on Thursday that revived talk of an interest-rate hike this year, appearing to put the U.S. economy back on the path to normality after years of rock-bottom interest rates. "You’re seeing Janet Yellen’s comments last night being cheered by the markets as seeing quite a nice push higher ... giving investors the confidence to step back into the market and pick up stocks at bargain prices," said Jonathan Roy, advisory investment manager at Charles Hanover Investments. The blue-chip FTSE 100 index was up 2.5 percent at 6,109.46 points by 1043 GMT after falling 1.2 percent in the previous session. The benchmark index is still down more than 7 percent so far this year. Autocatalyst maker Johnson Matthey was up 5.7 percent, rebounding after Tuesday's heavy sell-off following the scandal surrounding German carmaker Volkswagen AG, which said that it cheated U.S. emissions diesel tests. “There were some doomsday predictions earlier on in the week that the automobile sector and anything to do with it was done ... as we move into the weekend, these fears are being played down," said Roy, adding that investors were now picking the stock back up and buying some value. The UK mining index and the oil and gas index rose 1.7 percent and 2.5 percent respectively, buoyed by a rally in copper and crude oil prices with a 1.5 to 3.3 percent rise in shares of Rio Tinto RIO.L, BHP Billiton BLT.L, BP BP.L, and Anglo American AAL.L. Oil prices rose on Friday as strong seasonal demand from China outweighed weak consumer data from Japan. Copper prices also advanced after sharp declines in the past sessions. "Given that the commodity stocks have been hammered so hard in the last couple of weeks, traders are very quick to latch on to any positive news. Copper and oil prices have made relatively small gains today, but mining and energy stocks have responded quite strongly," IG analyst David Madden said. Shares in mid-cap Synergy Health surged 42.8 percent after the company said the U.S. District Court for the Northern District of Ohio had ruled against the Federal Trade Commission's request for a preliminary injunction to block Steris's acquisition of the firm. -Reuters