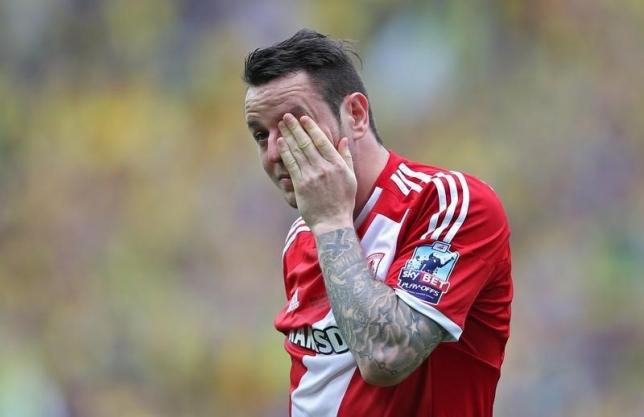 LONDON - Bournemouth have signed forward Lee Tomlin from Championship side Middlesbrough on a three-year contract as they continue to spruce up their squad for their maiden season in the Premier League. The 26-year-old, who can also play in midfield, scored 10 goals for Boro last season, and was one of the key players who took the club to a spot in the play-off final. Bournemouth did not disclose the financial terms of the deal but British media reports said the transfer fee was in the region of 3 million pounds. "Lee is a player who we are excited about and will get fans off their seats," Bournemouth Chief Executive Neill Blake told the club's website. "We believe he is ready to make the step up and look forward to seeing him play in the Premier League." Bournemouth boss Eddie Howe signed Ivory Coast international Max Gradel on a four-year deal on Tuesday. -Reuters