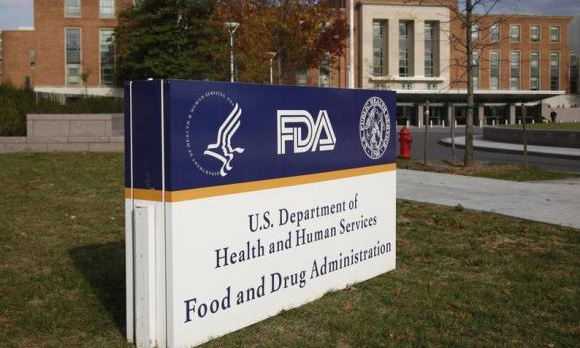 CALIFORNIA - Bowing to pressure from patient advocates, the US Food and Drug Administration on Monday approved a treatment for Duchenne muscular dystrophy even though an outside panel of experts and the agency's own reviewers questioned the drug's efficacy. The FDA's lead reviewer, Dr. Ronald Farkas, recently quit the agency after issuing a scathing report criticizing the quality of the data presented by Sarepta Therapeutics Inc, developer of the drug Exondys 51, known also as eteplirsen. Sarepta's stock nearly doubled to $56.18 on news of the decision. Farkas's departure highlighted sharp divisions within the agency. He and other scientists were opposed by Dr. Janet Woodcock, the agency's powerful head of pharmaceuticals, who argued for approval, according to a summary of the dispute. In an email to staff on Monday, Woodcock said the approval "reflects FDA's ability to apply flexibility to address challenges we often see with rare, life-threatening diseases - while remaining within our statutory framework." The drug treats a subset of patients with Duchenne muscular dystrophy, a rare, progressive genetic disorder that hampers muscle movement, eventually killing most sufferers by age 30. The subset includes about 13 percent of all DMD patients, or some 1,300 to 1,900 patients in the United States. FDA scientists, including Dr. Ellis Unger, director of the drug evaluations division overseeing the product, appealed Woodcock's planned decision to an internal disputes board, according to a publicly available summary of the dispute written by FDA Commissioner Robert Califf on Sept. 16. The agency's acting chief scientist, Dr. Luciana Borio, also did not believe Sarepta's data supported approval, Califf's summary stated. Nonetheless, Califf decided to "defer to Dr. Woodcock's judgment and authority to make the decision." "I find no basis for a view that Dr. Woodcock was unduly influenced by involvement with the patient community or other external pressures," he wrote. He added, however, that "serious shortcomings present in the eteplirsen development program should not be allowed to establish a broad precedent for therapeutic development in rare diseases." Simos Simeonidis, an analyst at RBC Capital Markets, described the approval as "one of the most perplexing regulatory decisions in recent history." The FDA approved Sarepta's drug under its so-called "accelerated" approval pathway in which a product is approved based on data believed to predict a clinical benefit. That benefit must be proven by the company in a subsequent clinical trial. "It will be years before we find out the outcome of that trial," Simeonidis said, adding that Sarepta "now becomes one of the most attractive mergers and acquisitions targets in biopharma." PATIENT ADVOCATE PRESSURE This is the second time in just over a year that the FDA has bowed to patient pressure to approve a drug despite scant scientific evidence showing it worked. Last August the agency approved Addyi, a pill to boost libido in women with low sexual desire. A coalition of women's groups backed by the manufacturer, Sprout Pharmaceuticals, packed an advisory committee meeting with women who testified to their desperate need for the pill. Woodcock said at the time that the agency was "committed to supporting the development of safe and effective treatments for female sexual dysfunction." The drug carries a boxed warning saying it can cause fainting and extremely low blood pressure and that it should not be used with alcohol. Analysts said the approval of Exondys 51 bodes well for similar approvals elsewhere in the world. Tim Lugo, an analyst with William Blair, estimated the drug will generate global peak annual sales of close to $2 billion. The FDA also granted Sarepta a rare pediatric disease voucher representing a commitment by the FDA to review a new drug developed by Sarepta within six months rather than the standard 10 months or more. The voucher can be sold to another company. Michelle Gilson, an analyst at Oppenheimer, estimates the voucher could be worth roughly $350 million, which could be used to fund the launch of the drug. BioMarin Pharmaceutical Inc's Kyndrisa, designed to address the same subset of patients as eteplirsen, was rejected by the FDA in January. -Reuters