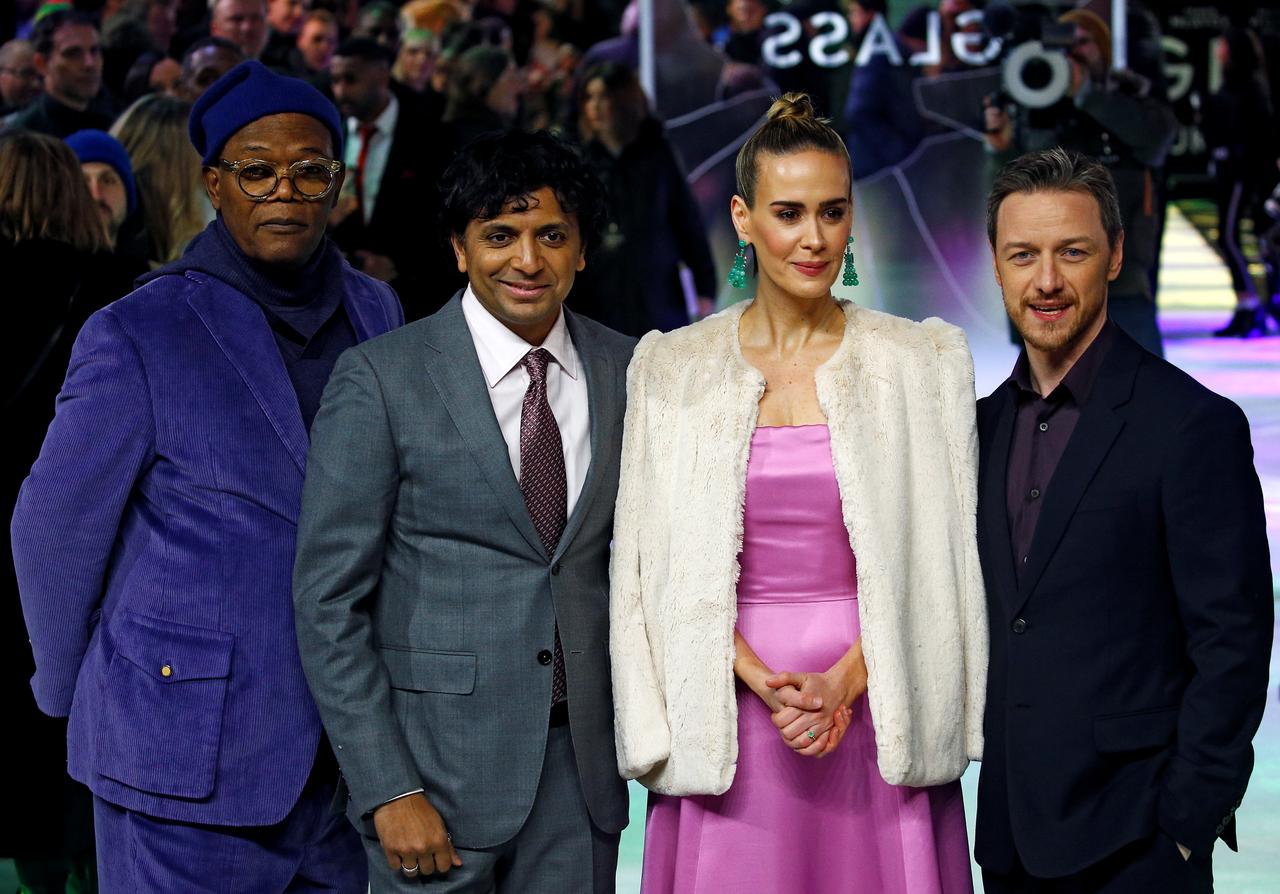 LOS ANGELES (Variety.com) - M. Night Shyamalan’s “Glass” easily maintained its reign in North America, adding $19 million (14.40 million pounds) during its second weekend of release for a domestic tally of $73.5 million. Despite a steep 53 percent decline, the weekend haul of “Glass” was enough to top box office charts as newcomers “The Kid Who Would Be King” and “Serenity” fell flat. Working Title and 20th Century Fox’s “The Kid Who Would Be King” earned $7 million when it debuted in 3,531 venues, a potentially disastrous result for a film that cost over $60 million before taking marketing into account. The family friendly film, directed by Joe Cornish, came in at the low end of expectations and opened at No. 4 despite positive reviews. “Sometimes you make a really good movie and you have trouble connecting with a broad audience,” said Chris Aronson, Fox’s head of domestic distribution. The only competition of the PG front in coming weeks is “The Lego Movie 2.” The Warner Bros.’ animated sequel opens on Feb. 8 and is eying a domestic debut around $55 million. Fox recently had massive success with “Bohemian Rhapsody,” the Oscar-nominated Queen biopic that earned over $800 million globally, but the King Arthur adaptation might signal a sour ending for the studio as Fox prepares to merge with Disney in the coming months. While “The Kid Who Would Be King” was at least able to crack the top five, Aviron Pictures’ “Serenity” was not as fortunate. The neo-noir thriller starring Matthew McConaughey and Anne Hathaway launched at No. 8, faltering with just $4.8 million from 2,561 locations. Steven Knight wrote and directed the movie, which certainly didn’t benefit from disastrous reviews. It holds a 22 percent on Rotten Tomatoes and a D+ CinemaScore. Global Road financed the film for $25 million before filing for bankruptcy late last year. A number of holdovers rounded out domestic box office charts. STXfilms and Lantern Entertainment’s “The Upside” nabbed second place again, bringing in $12.24 million from 3,377 locations. That marks a drop of just 18 percent and puts the comedic drama at $63 million after three weeks. Warner Bros.’ “Aquaman” secured third place with $7.3 million during its sixth week of release. Directed by James Wan and starring Jason Momoa, the superhero adventure is now the largest DC movie ever and the third-biggest Warner Bros. movie of all time. It has crossed $1.09 billion globally, with $316 million of that bounty coming from domestic markets. Meanwhile, Sony’s “Spider-Man: Into the Spider-Verse” landed at No. 5 with $6.3 million. The animated web-slinging adventure, now an Oscar nominee for best animated feature, has generated $169 million in North America. Elsewhere, a handful of awards contenders that scored Oscar nods last week saw a box office boost. Universal’s “Green Book,” which nabbed five nominations including best picture, picked up $5.8 million when it expanded to 2,430 locations. The road-trip drama starring Viggo Mortensen and Mahershala Ali has now earned $49 million in the States. “Overall three-day gross is up 150 percent over last weekend,” said Jim Orr, Universal’s president of domestic distribution. “Just more evidence of the great word-of-mouth and goodwill that ‘Green Book’ is generating with audiences across North America.” Fox Searchlight’s royal drama “The Favourite” also added to its theatre count this weekend, pocketing $2.4 million from 1,540 screens. The absurdist period piece — co-starring Olivia Colman, Emma Stone, and Rachel Weisz — generated a leading 10 nominations (tying with Alfonso Cuaron’s “Roma”). Yorgos Lanthimos directed the movie, which has made $26 million to date. “Bohemian Rhapsody” saw a similar rise in ticket sales, drumming up $2.4 million in its 13th week of release for a domestic tally of $205 million.