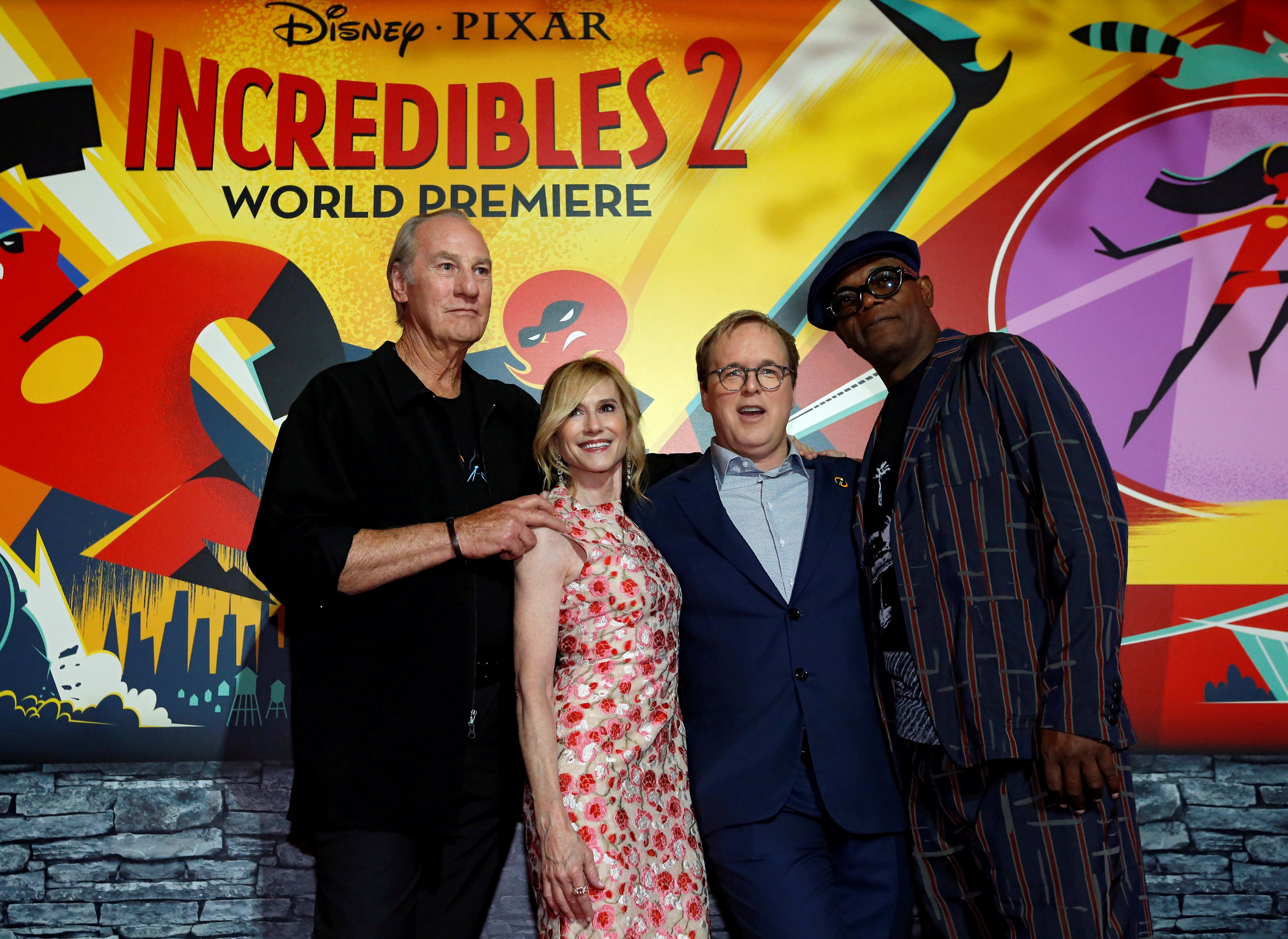 LOS ANGELES (Reuters) - The opening weekend of “Incredibles 2” was, well, incredible. The Disney-Pixar movie flew to a record-breaking launch of $180 million in 4,410 locations, easily landing the superhero sequel the best debut of all time for an animated film. That title was previously held by fellow Pixar sequel “Finding Dory,” which bowed with $135 million in 2016. “Incredibles 2” also landed the eighth-biggest domestic opening of all time, and surpassed 2017’s “Beauty and the Beast” ($174.6 million) for the best debut for a PG-rated film. Overseas, where it has opened in 26 percent of the international market, Pixar’s 20th film collected $51.5 million, bringing its global total to $231.5 million. With 14 years since the original film, 2004’s “The Incredibles,” enthusiasm has been strong for the follow-up, and it seems that audiences and critics alike were not disappointed. The film boasts a coveted A+ CinemaScore, as well as a 94 percent fresh rating on Rotten Tomatoes. “The film shows the drawing power of the superhero genre, whether in the live action or animated realm,” box office analyst Paul Dergarbedian said. “The combination of the Pixar brand and Disney’s perfectly executed marketing and distribution strategy made the film an instant classic and a box office juggernaut.” Disney’s head of distribution, Cathleen Taff, attributes the massive opening to pent up demand for another “Incredibles” film, along with positive word of mouth. It also helps that it’s been a while since a family film has hit multiplexes, she added. “We’re so thrilled,” Taff said. “Brad and team put together a great film that delivers something for everybody. It was the perfect storm.” “Incredibles 2” picks up directly following the events of the original film with the Parr family members attempting to balance having a normal life with their superpowers. Holly Hunter, Craig T. Nelson, Sarah Vowell, and Samuel L. Jackson reprise their voice roles, while Bob Odenkirk, Catherine Keener, and Sophia Bush voice new characters. Brad Bird returned to write and direct the sequel. “Incredibles 2” should set Disney back on track after “Solo: A Star Wars Story” disappointed earlier this summer. The expensive “Star Wars” film has had difficulty gaining traction at the box office since launching with $103 million over a four day weekend. Though every previous Disney-released “Star Wars” adventure has managed to fly past the $1 billion mark, “Solo” is struggling to cross $400 million. Disney doesn’t exactly need to break a sweat, however. “Incredibles 2” scored the third biggest opening of 2018, meaning the three best debuts of 2018 all belong to the Magic Kingdom. Disney-Marvel titles “Black Panther” ($257.7 million) and “Avengers: Infinity War” ($202 million) secured the No. 1 and 2 spots. Also opening this weekend was Warner Bros. and New Line’s “Tag,” which targeted a debut of $14.6 million in 3,382 theaters. The R-rated comedy — starring Ed Helms, Jake Johnson, Jon Hamm, and Jeremy Renner — is based on a Wall Street Journal profile about a group of grown men who play a longstanding game of tag. Though the film was aimed at male moviegoers, the audience breakdown was surprisingly 51 percent female. Those over the age of 25 accounted for 78 percent of audiences, while 58 percent were under 35 years old. Attendees seem satisfied, giving the film a B+ CinemaScore and 74 percent audience score on Rotten Tomatoes. New Line’s latest title, “Game Night,” opened earlier this year with $17 million — a solid start given the film’s $16 million price tag. As of this week, the Jason Bateman/Rachel McAdams dark comedy has pocketed $117 million globally, including $69 million domestically. The final wide release, “Superfly,” got a head start by opening on Wednesday. Sony’s remake of 1972 blaxploitation classic “Super Fly” pocketed $8.4 million in 2,220 locations during the five-day period. Well-known music video helmer Director X took the reigns on the $16 million project, which only began production in January and finished in time for its June release. The film features all new songs written by rapper Future, who co-produced along with Joel Silver. “Superfly” stars Trevor Jackson, Jason Mitchell, Michael Kenneth Williams, Lex Scott Davis, and Jennifer Morrison. The original 1972 “Super Fly,” starring Ron O’Neal and directed by Gordon Parks, was hugely profitable at the box office with a $30 million gross from a $500,000 budget. While the film became a cult hit, its soundtrack composed by R&B legend Curtis Mayfield became even more popular and ultimately outgrossed “Super Fly’s” box office earnings. “Ocean’s 8” managed to steal the No. 2 spot in its sophomore frame, picking up another $19.5 million in 4,145 locations. The female-fronted heist spinoff had a series-best opening last weekend with $41.5 million. Its domestic tally currently sits at $79 million. In fourth is “Solo: A Star Wars Story” with $9.3 million on 3,182 screens. In four weeks, the tentpole has made $193 million at the domestic box office. Rounding out the top five is another superhero sequel, “Deadpool 2,” which scored $8.6 million in its fifth outing. To date, 21st Century Fox’s blockbuster starring Ryan Reynolds has amassed $294.5 million domestically. At the specialty box office, “Gotti” earned $1.6 million in 503 locations. John Travolta and Kelly Preston star in the mobster movie, directed by “Entourage” star Kevin Connolly. The film, which had its premiere at the Cannes Film Festival, was originally intended to be released by Lionsgate in 2017, but the studio sold it back to its producers two weeks before. Vertical Entertainment and Sunrider Productions are now co-distributing along with movie ticketing service MoviePass Ventures. Meanwhile, Ruth Bader Ginsburg’s documentary is having a heroic moment of its own. Magnolia and Participant Media’s “RBG” crossed the $10 million mark in just seven weeks. Finally, Morgan Nevill’s Mister Rogers documentary “Won’t You Be My Neighbor” brought in $985,000 when it expanded to 96 theaters. The biopic, which holds an impressive 99 percent fresh rating on Rotten Tomatoes, has picked up $1.7 million in two weeks. Next week, it will expand to over 300 theaters.