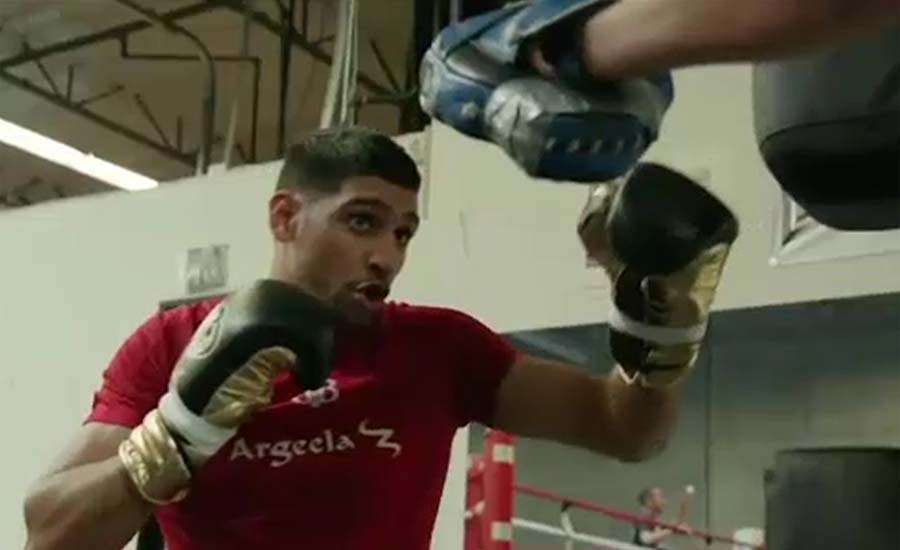 London (92 News) – Amir Khan, British boxer of Pakistani origin, once again become the part of headline as another scandal with a 22-year-old woman Sophia Hammani has been surfaced. According to details, Sophia Hammani a 22-year-old beautician alleged that she had an affair with the boxer. The beautician claimed had an affair with the boxer a month after he became the father of his second child. A 22-year-old woman alleged that she met with Amir Khan after 17-days of the birth of his second daughter. Sophia Hammani claimed that she met with Amir Khan at club and he took her East London hotel. The beautician also advised Amir’s wife Faryal to leave him due to his cheating. Faryal, who married Amir in 2013, had a daughter on April 24, a sister for their three-year-old girl. The boxer is believed to have cheated with Sophia on May 11. Meanwhile, this is not the first time Amir has drawn media attention for his flings. Shortly after the public spat with his wife, the boxer was said to be spending time with a 23-year old model. He has been accused of several other such affairs in the past.