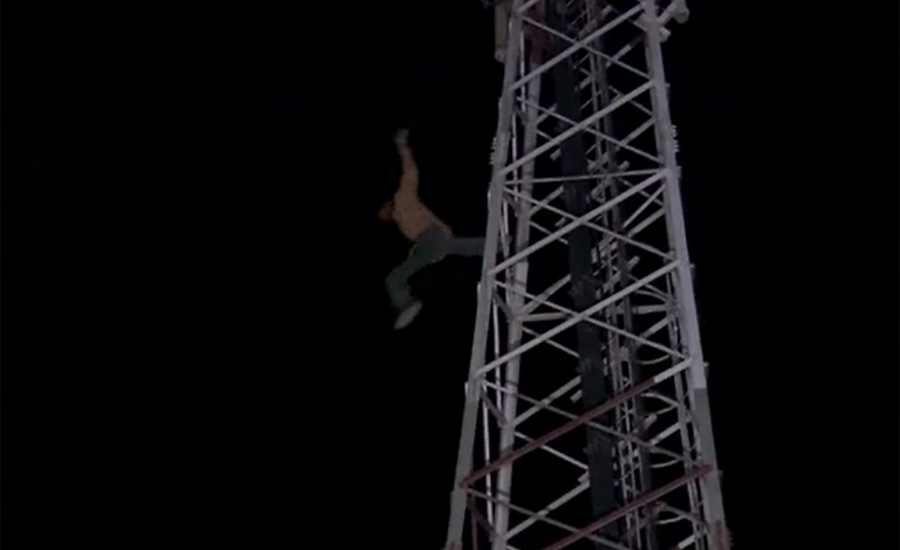 MULTAN (92 News) – A 15-year-old boy attempted suicide by jumping from a mobile phone tower on Masoom Shah Road on Monday.

He was critically injured and taken to Nishtar Hospital, Multan.

The Rescue 1122 officers tried to convince him to dismount from the pole for several hours, but in vain.

The jumping sheet was also brought to the site to deal with an emergency.

The victim’s brother said that his brother Arslan was suffering from mental stress and he had also talked about committing suicide by taking acid.