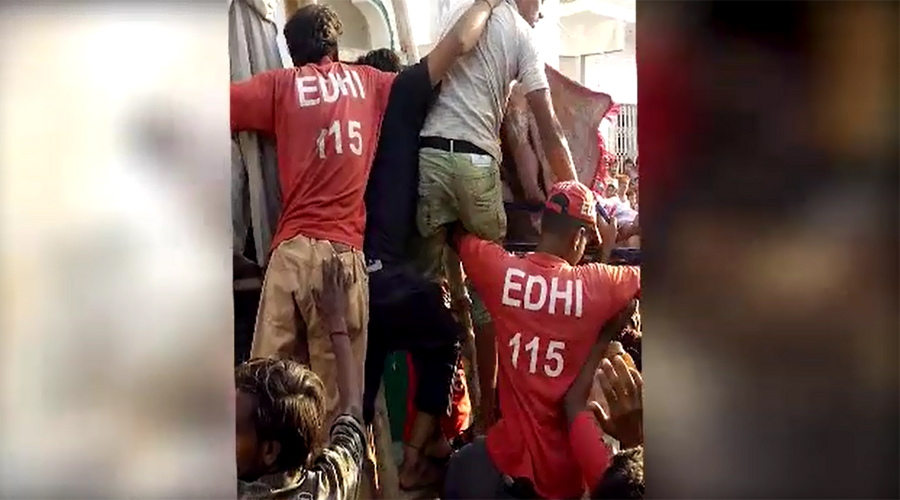 KARACHI (92News) – Two children were killed while four others, including the prayer leader, injured when the roof of a mosque collapsed in Malir Urdunagar on Tuesday. The deceased were identified as Abbas and Arman. The injured are being treated at Jinnah Hospital. After getting information, a huge contingent of police and Rangers reached the spot. Korangi Deputy Commissioner Zainul Abdeen supervised the rescue operation. After consultation with the locals, he ordered to close the mosque till completion of the construction work. The police said that they would register a case if negligence of someone found.