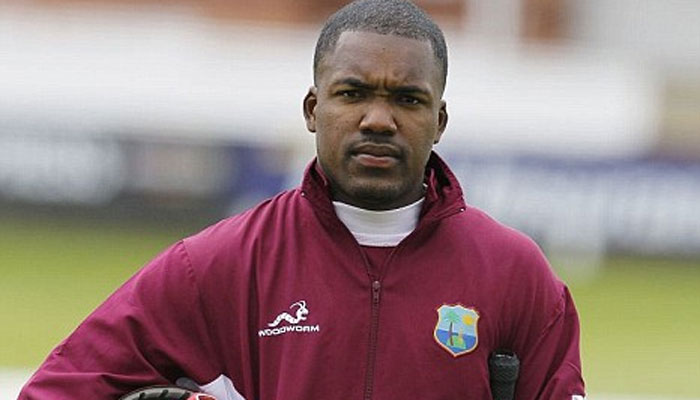 MELBOURNE (Reuters) -  Darren Bravo will miss West Indies' third World Cup match against Zimbabwe in Canberra on Tuesday and remains in doubt for Friday's match against South Africa with a low-grade hamstring tear, the team said on Monday. The top order batsman was forced to retire hurt on 49 during West Indies' win over Pakistan in Christchurch on Saturday after tweaking his left hamstring. The team remained hopeful he might be fit for the match in Sydney against the Proteas, an important match for both teams' campaigns. "He is day-to-day at this stage," a team spokesman said. "We will make a call later in the week." The 26-year-old is likely to be replaced by reserve batsman Jonathan Carter for the match against Zimbabwe in Canberra. West Indies thrashed Pakistan in Christchurch on Saturday to put their World Cup back on track after being stunned by Ireland in their opening match.