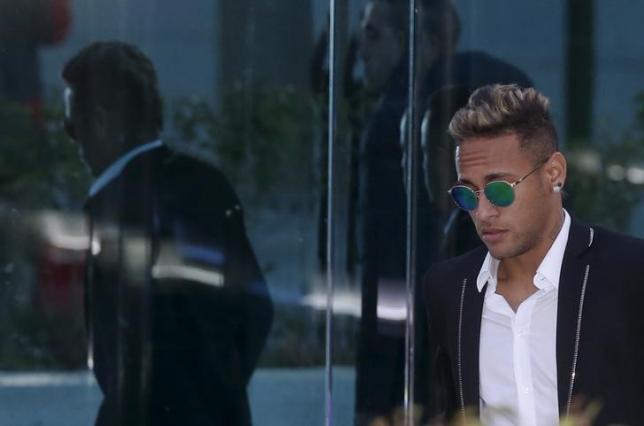 SAO PAULO - A Brazilian judge threw out a tax evasion case against Barcelona forward Neymar because Brazil's inland revenue has yet to finish its own deliberations in the case.

The Brazil international, his father and two ex-presidents of the Spanish club, were accused of tax irregularities and providing false documentation in cases a prosecutor said involved contractual frauds surrounding Neymar's image rights.

But Judge Mateus Castelo Branco Firmino da Silva would not consider the case because the inland revenue had still to rule.

"It is the understanding of the Federal Supreme Court that the accusation is not possible in tax cases before a final decision in the administrative realm," the judge said.

On Tuesday, a prosecutor in Neymar's home city of Santos said: "Neymar's conduct, along with the others accused, caused millions in losses to the public coffers."

The allegations refer to image rights contracts from 2006 when Neymar was a tenager playing for Santos. Prosecutors allege further fraud occurred during negotiations to take him to Barcelona in 2011. He joined the Catalan giants in 2013.

The prosecutor said he would appeal the decision after Brazil's Carnival, which begins this weekend and ends on Wednesday.

The Barcelona striker also appeared in front of a Spanish judge on Tuesday to give evidence about alleged irregularities surrounding his transfer.